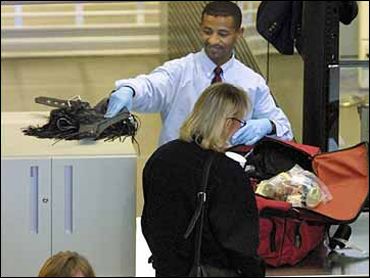 Holiday travelers who left before Christmas may have a different airport experience if they fly home after New Year's Day.

Their checked bags likely will be searched for explosives, although the method — machine, human hands or dogs — will vary by airport. And at more than 40 airports, travelers with only carry-on bags no longer can go straight to the gate. They'll have to make a detour to the ticket counter or a kiosk to get a boarding pass.

The changes are bound to create problems, said Michael Boyd, a Denver-based airline consultant. He offered this advice: Don't check anything and get there very early.

"It could be total chaos," he said.

CBS News Correspondent Peter Maer reports security officials are already advising people to pack knowing that luggage will be searched and are offering some packing suggestions.