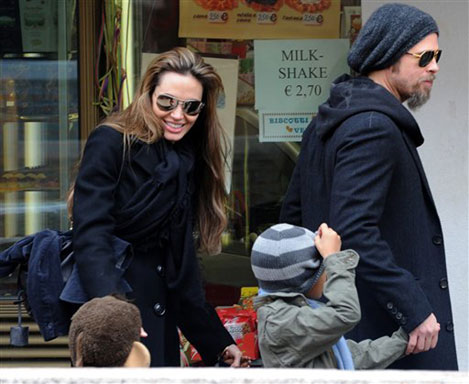 NEW YORK (CBS) Brad Pitt and Angelina Jolie have reportedly purchased a $40 million villa in Italy, not far from Venice, where the family has been staying in recent months.

According to the New York Daily News, which quotes a real estate executive in Italy, the 18,000 square foot villa in Valpolicella has several swimming pools, a home theater, a gym and several Jacuzzis.

And even their big brood of six won't have to share bedrooms. The villa, in the northeastern section of Italy, reportedly has 15 of them.

The celebrity couple also has homes in Los Angeles and the French Quarter of New Orleans. They have been spending a lot of time in Italy this year while Jolie films "The Tourist" there.