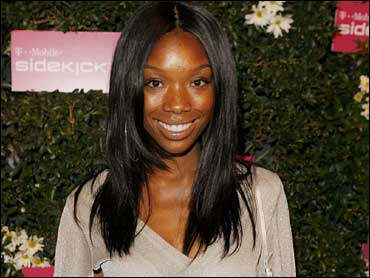 Brandy and a man who was hurt in a deadly freeway crash involving her Range Rover are suing each other.

The 28-year-old singer-actress and Mallory Ham of Simi Valley accuse each other of negligence in suits filed last week in Superior Court.

In court papers filed Wednesday, Brandy Norwood contends that Ham caused the Dec. 30 crash on the San Diego Freeway in Sherman Oaks. She also denies allegations made against her in a previous lawsuit, asserts her constitutional right against self-incrimination and requests a jury trial.

A call to a Brandy spokesman seeking comment was not immediately returned Tuesday.

A California Highway Patrol report said Brandy's 2007 Range Rover failed to slow in traffic and was doing 65 mph when it struck another car that in turn was hit by Ham's vehicle.

The crash killed Awatef Aboudihaj, 38, of Los Angeles. Her husband has sued both Brandy and Ham for reckless driving. Aboudihaj's parents and her two children also have separate suits pending against Brandy.

If charged and convicted, she could face up to a year in jail and a $1,000 fine.