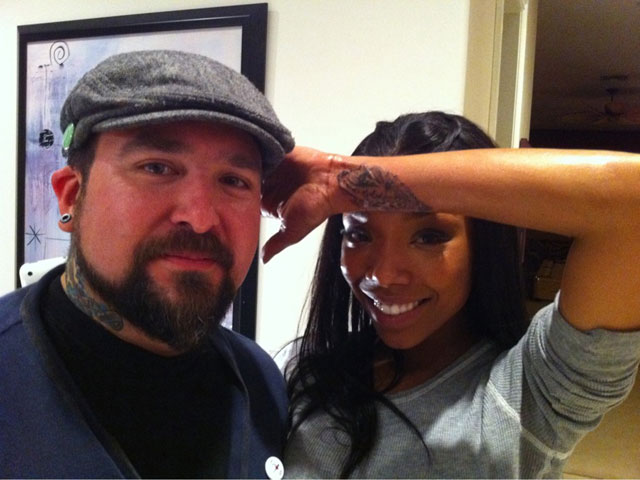 NEW YORK (CBS) Brandy is proud of her new tattoo - but wasn't aware of the image's origin.

The singer and "Dancing with the Stars" alum posted pictures on Twitter of her getting a tattoo done on her wrist, explaining that the ink was of an Egyptian god.

Except, the deity isn't Egyptian - it's the Hindu god Ganesh.

[Scroll down to see more photos.]

Brandy initially posted a photo of her posing with the artist who did the work. She then sent a close-up of the finished product and another of the tattoo being done.

When a follower asked if the image was Ganesh, the singer replied, "Yes it is!!! Egyptian god! Remover of all obstacles."

Another follower soon alerted her that Ganesh is a Hindu deity, not an Egyptian one.

"Got it!! Good looking out babes," she wrote back to the fan, acknowledging the mistake.

Do you like Brandy's new tattoo? Take a look at the photos and let us know in the comments.