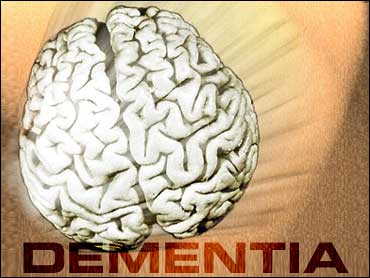 New research suggests that a brain workout on a regular basis can greatly reduce the risk of developing dementia, including Alzheimer's disease.

The Early Show medical correspondent Dr. Emily Senay says there are no hard answers when it comes to the benefits of a regular brain workout. But, she says, more evidence is building up that mentally–stimulating leisure activities can reduce the risk of dementia and help maintain cognitive abilities as people age.

In the New England Journal of Medicine study, researchers looked at leisure activities of seniors over a 20-year period to see whether they developed dementia. The study also examined the result of frequently challenging the brain by doing crossword puzzles, playing board games or cards, reading, writing for pleasure and playing musical instruments. They also looked at physical activities' affect on the brain, such as tennis or golf, swimming, dancing and housework.

They found a reduced incidence of dementia among the people who participated in reading, playing board games, playing musical instruments and dancing. And the researchers found that people who engage in the activities were more frequently less likely to develop dementia.

The study found one activity once a week reduced the risk of dementia by 7 percent. Risk reduction went up to 63 percent for those who participated in more activities more frequently.

The medical community is not sure why mental activity benefits the brain, but one theory suggests mental challenges may keep brain cells healthy and less prone to disease or damage.

Another theory, says Senay, is that mentally-stimulating activities may help build up cognitive reserve, so there is more brain cells to replace any that is lost.

The study says there was no common denominator that show one activity to better than another. Senay says a French study showed that knitting, gardening, traveling and doing odd jobs reduced dementia risk. And although physical activities didn't seem to have much of an effect in this study, there is evidence that it benefits the brain in other ways.

Seniors are the most at risk from dementia as they age, but some believe the challenges have to occur as the brain develops earlier in life. Senay says mental challenges won't hurt anyone, but before hitting the dance floor, consult your doctor.