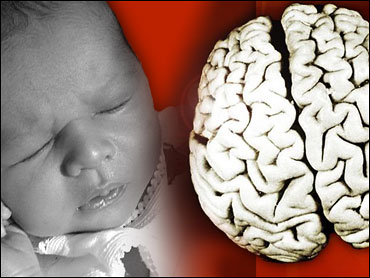 Neglected babies may have lower levels of brain hormones tied to social bonding.

But those children can still develop satisfying relationships, researchers stress.

"It's extremely important that people don't think this work implies that these children are somehow permanently delayed," says researcher Seth Pollak, PhD, in a news release.

"All we are saying is that in the case of some social problems, here is a window into understanding the biological basis for why [those problems] happen and how we might design treatments," he continues.

Pollak is an associate professor of psychology, psychiatry, and pediatrics at the University of Wisconsin-Madison. He's also a researcher at the university's Waisman Center for Human Development.

The study appears in the early online edition of Proceedings of the National Academy of the Sciences.

One group consisted of 18 children who had spent the first 16 months of their lives, on average, in overseas orphanages before being adopted by U.S. families.

The adopted kids had lived in typical American homes for about three years. They had been tested for fetal alcohol exposure, birth defects, and developmental disabilities.

The second group included 21 American children who were being raised by their biological parents in similar settings.

The researchers compared levels of two brain hormones — oxytocin and vasopressin — which are involved in social bonding.

For the study, the kids played interactive computer games while sitting in the lap of their mother or a woman they didn't know.

The game included light physical contact, like counting fingers or whispering in the partner's ear. Afterwards, the kids provided urine samples, which were checked for oxytocin and vasopressin.

No hormonal differences were seen between the two groups after the kids played the computer game with unfamiliar women.

"Importantly, at the time of testing, children had experienced an average of three years in rearing in relatively stable, enriched, and nurturing family environments," write the researchers.

"However, this environmental change does not seem to have completely overridden all of the effects of early neglect," they continue.

Remember, the study just tracked the two brain hormones, not behavior or emotions.

"It is critical to note that not all children who experience early neglect develop the same kinds of problems, and children with lower hormonal reactivity may, over time, develop satisfactory relationships," write the researchers.

"It's exciting that we've taken an area of child development that has been very descriptive and can now look at it in more mechanistic way," says researcher Alison Wismer Fries, in a news release. Fries is a psychology graduate student at the University of Wisconsin.

She and her colleagues note that oxytocin and vasopressin levels varied among both groups of children.