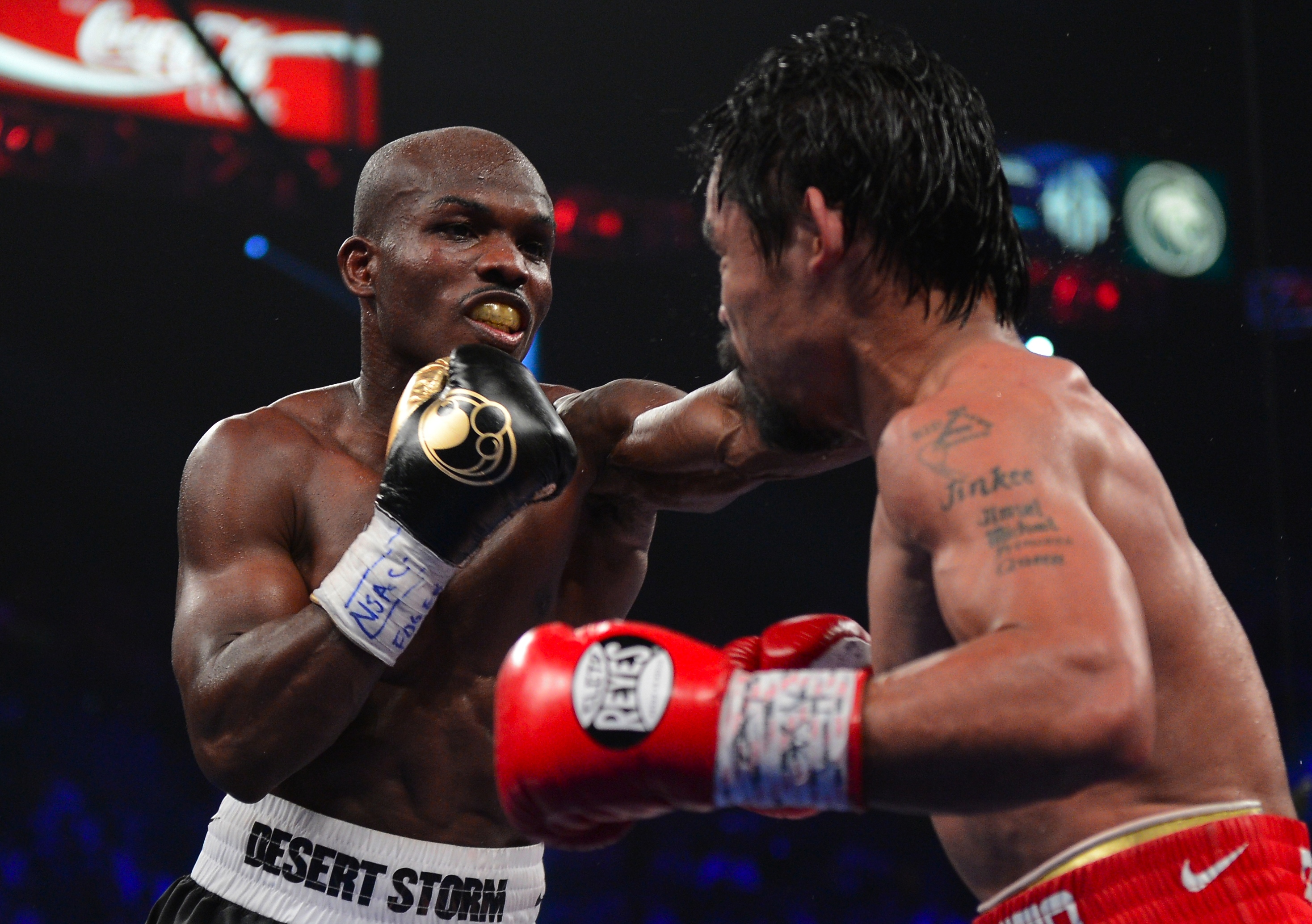 (AP) LAS VEGAS - Manny Pacquiao tried to turn his welterweight title fight with Timothy Bradley into a brawl, but it was Bradley who won a split decision to end a remarkable run by the Filipino fighter.

Bradley won 115-113 on two scorecards, while losing by the same margin on the third. The decision was roundly booed by the crowd at the MGM Grand arena.

Pacquiao never put Bradley down, but hurt him in the early rounds and landed the harder and cleaner punches throughout the fight. Bradley fought well in spurts and tried desperately to take the fight to Pacquiao, and scored enough points with the judges to win the 147-pound title.