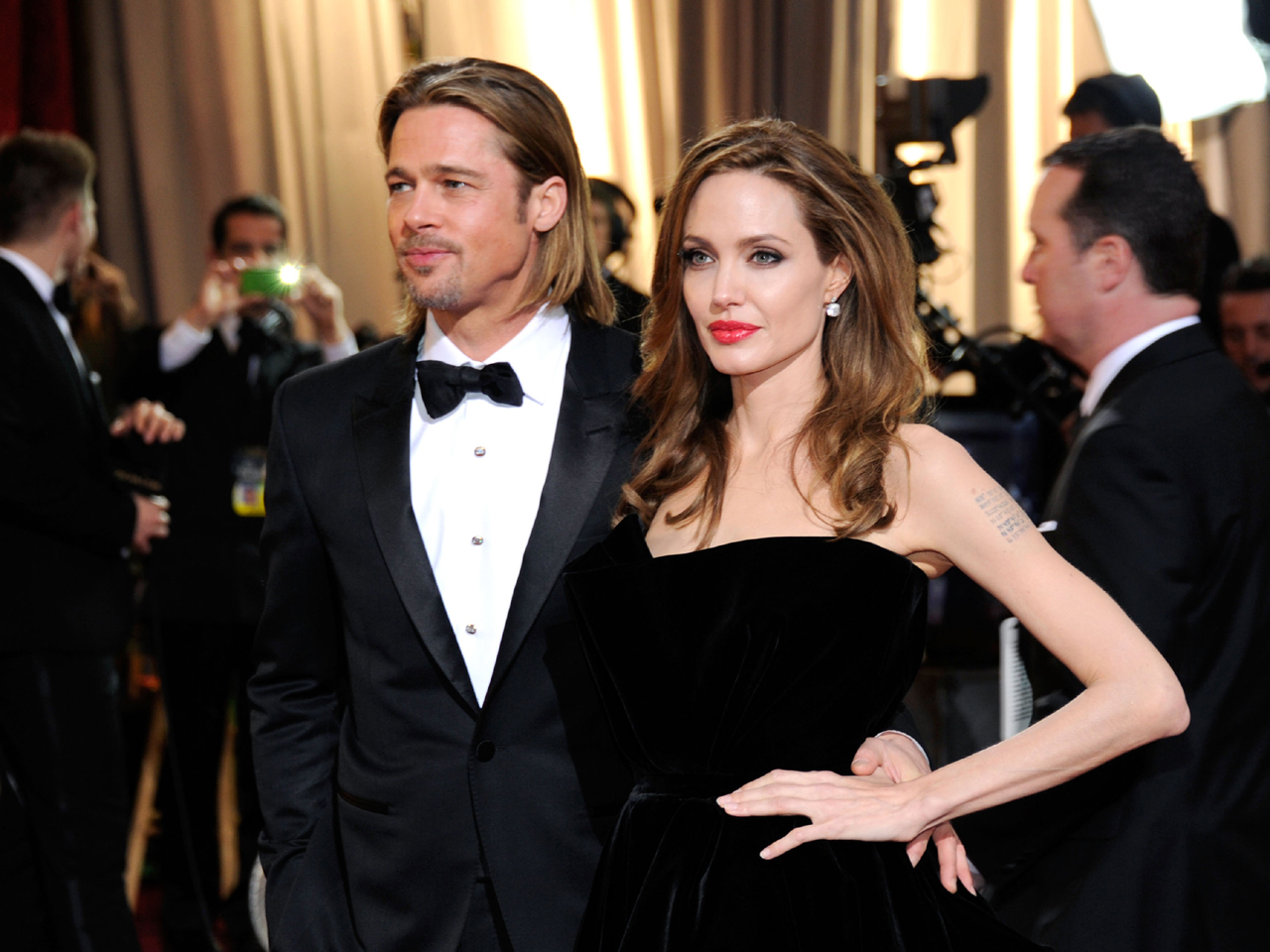 It's official - after seven years as a couple, Angelina Jolie and Brad Pitt are engaged.

Pitt's manager confirmed the news to The Associated Press in an email Friday.

Cynthia Pett-Dante said that there isn't a wedding date "at this time." She also said that the engagement "is a promise for the future."

"I can confirm that, yes, Robert Procop did indeed design an engagement ring for Angelina Jolie, designed in collaboration with Brad Pitt," a rep for Procop said.

"Brad had a specific vision for this ring, which he realized over a yearlong collaboration. He wanted every aspect of it to be perfect, so I was able to locate a diamond of the finest quality and cut it to an exact custom size and shape to suite Angelina's hand," the statement continued. "Brad was always heavily involved, overseeing every aspect of the creative design evolution. The side diamonds are specially cut to encircle her finger. Each diamond is of the highest gem quality."

Jolie was photographed with a ring on her engagement finger Wednesday night while attending a private viewing at the Los Angeles County Museum of Art's Chinese Galleries, THR notes.

The actress collaborated with Procop last year on her "Style of Jolie" jewelry line, which benefited charity.

Pitt, 48, and Jolie, 36, have been together since 2005, and have three adopted children and three biological children. Pett-Dante also said that "their kids are very happy."

Earlier this year, Pitt told CBS News' "Sunday Morning" that the couple has been "getting a lot of pressure from the kids" to get married.

"It means something to them," he said during the interview, adding, "We will [wed] someday, we will. 'That's a great idea! Get mommy a ring!' Okay, I will, I will."