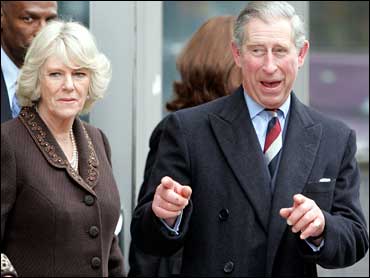 The United States braced Sunday for the possibility of a fresh wave of attacks by militants as its forces prepared to hunt down and punish the Islamic extremists blamed for this month's devastating assaults on New York and Washington.

Attorney General John Ashcroft said fresh terror attacks were likely and the risk of such strikes could increase following any military action in the U.S. war on terrorism.

"We believe there is the likelihood of additional terrorist activity," Ashcroft told CBS' Face The Nation.

He added that the "very serious threat" of fresh strikes "may escalate" if the U.S. military retaliates for attacks on Sept. 11 in New York and Washington that left more than 6,000 people dead or missing.

Would-be attackers -- linked to the hijackers that slammed planes into U.S. landmarks -- may be in America to unleash further strikes that they plotted before the Sept. 11 strikes, he said.

"Talk does not stop terrorism, tools help reduce the risk of terrorism," he said.

Deep into its largest criminal investigation ever, the United States has arrested more than 500 people as it strives to "interrupt, disrupt, otherwise impair any additional terrorist activity," Ashcroft said.

More than 80 percent of Americans polled by Newsweek magazine say a chemical or biological attack by terrorists is at least somewhat likely. And less than half think America's ready to handle it.

The State Department Friday evening issued a worldwide caution announcement based on what it called "continuing concern based on threatening rhetoric from extremist groups and the potential for further terrorist actions against American citizens and interests."

According to CBS News State Department Reporter Charles Wolfson, this worldwide caution replaces and updates one issued on Sept. 12, the day after the attacks on New York and Washington.

A State Department official cited the fact that since the Sept. 11 attacks, the U.S. government has authorized departures for its personnel and their dependents at nine embassies and consulates in five countries. The countries are Pakistan, Indonesia, Turkmenistan, Kyrgyzstan and Yemen.

The official also cited the lack of sufficient local police protection in Indonesia, where large anti-American demonstrations have taken place. Indonesia is the world's most populous Muslim nation.

"In this environment of increased tension and concern, the department rges Americans to review their circumstances carefully and to take any measures they deem necessary to ensure their personal safety," the announcement said.

In a separate statement, the department said the U.S. Embassy in Niger received reports of "anti-American threats and sentiments" in the capital, Niamey, and the city of Maradi. It said the threats are linked to possible U.S. action in response to the Sept. 11 attacks.

The statement encouraged all Americans in Niger to maintain heightened security.

An administration official, who spoke on condition of anonymity, said the worldwide caution was based on fresh threats from foreign groups possibly linked to Osama bin Laden, who is wanted for the twin attacks two weeks ago.