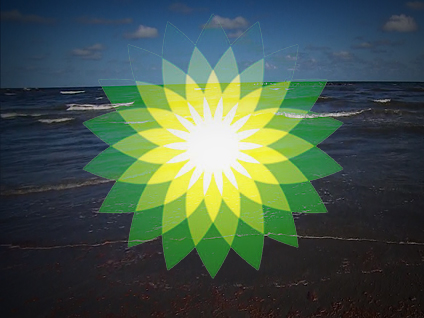 LONDON — BP expects to be back drilling in the Gulf of Mexico, where a rig explosion last year killed 11 men and caused the biggest offshore oil spill in U.S. history, in the second half of this year.

After BP PLC reported Wednesday that net profits rose 16 percent in the first quarter, company officials acknowledged the company has applied for permits to restart drilling in the Gulf.

The U.S. government lifted a moratorium on deepwater drilling in the Gulf earlier this year, citing improved security standards and the need to protect communities and workers whose livelihoods depend on drilling.

The costs of the spill have driven BP to make numerous asset sales, boosting net profits in the first quarter to $7.2 billion.

Disaster in the Gulf: One year later
Many BP oil spill victims wait to be compensated
BP sues rig maker for $40B; also sues cap maker

But replacement cost profit, the measure most closely watched by analysts to indicate an oil company's health, fell 2 percent as lower production and higher charges from the spill overrode the benefits of a rising crude oil price.

Revenue rose 18 percent to $88.3 billion for the three months to March 31 after the company sold off more than $24 billion in assets to pay for the Gulf spill.

Those asset sales led to a fall in production, however, lowering replacement cost profit to $5.48 billion. The measure is closely watched by analysts because it excludes changes in the value of crude inventories and measures the amount it would cost to replace assets at current prices. It also excludes one-offs such as asset sales.

Chief Executive Bob Dudley has been targeting higher growth exploration to reverse a 30 percent drop in BP's share price since the Deepwater Horizon exploded on April 20, 2010.

"BP is in the midst of major change as we work to reset focus for the company and begin the task of rebuilding long-term sustainable value for our shareholders," Chief Financial Officer Byron Grote said on a conference call to analysts.

The stock was up 0.2 percent at 464 pence ($7.67) on Wednesday, but continues to underperform the broader oil and gas sector amid uncertainty about the final spill costs and dismay over a botched Russian deal that is key for renewed growth.

"The group's future strategy is in disarray, with Russian partners feuding, while rivals such as Shell continue to steal ground," said Keith Bowman, equity analyst at Hargreaves Lansdown Stockbrokers.

Grote said the company was "keenly aware of the loss of value that has occurred over the past year."

"We are committed to recovering that lost value, both by delivering sustainable long-term performance and by addressing the uncertainties that we face in the U.S., Russia and elsewhere," he added.

Fergus MacLeod, head of investor relations, added BP was working toward a "phased resumption of activities toward the middle of the year."

It has four development rigs operating at its Thunderhorse platform, another two at its Atlantis platform and an exploration and appraisal rig at another location.

MacLeod said the company was subject to very distinct criteria to meet new regulatory requirements on the testing of blowout preventers — the equipment that failed last year — and worst case scenarios for potential spills and containment.

The catastrophe in the Gulf caused BP to plunge to its first full-year loss in almost 20 years in 2010 and forced the resignation of chief executive Tony Hayward.

The first quarter results include a $400 million pretax charge for the oil spill, adding to $40.9 billion set aside by the company last year.

BP last week sued Transocean, the owner of the rig, and contractor Halliburton, for around $40 billion each in damages, based on its estimates of its liabilities.

But the court cases are likely to take years and BP could face tens of billions of dollars more in fines and penalties if it is prosecuted.

In the meantime, production levels have fallen as the London-based company sold oil fields and refineries and U.S. regulators banned further drilling in the Gulf of Mexico.

BP said that production in the first quarter was 3.58 million barrels of oil equivalent per day, an 11 percent drop on the year. However, it said the fall was only 7 percent after adjusting for the effect of acquisitions, divestments and entitlements in production-sharing agreements.

The production decrease primarily reflected the drilling moratorium in the Gulf, higher turnaround and maintenance activity in the North Sea and in Angola and an interruption to the Trans-Alaska Pipeline System.

Ranged against that production decline was a fire sale of assets that has so far brought in some $24 billion to help pay for the Gulf spill.

The company has targeted total sales of $30 billion by the end of this year, with assets still up for sale including its Texas City Refinery where there was a deadly explosion in 2005.

With its future in the U.S. uncertain, BP has signed energy exploration agreements in Indonesia, China, India and Australia.

However, its attempts to move into new ground hit a stumbling block in Russia. The company is seeking a $16 billion share swap with Russia's state-backed OAO Rosneft but the deal was tied up in legal red tape after a dispute with BP's shareholders in its other Russian venture.

A quartet of Russian billionaires, BP's partners in the older TNK-BP venture, won an injunction in the London courts, claiming the new deal violates their own agreement with the London-based company.

BP gained some critical breathing room on the Russian problem last week when Rosneft agreed to extend to May 16 the deadline to complete the deal.

"We know that these developments have created uncertainty but you can be confident in our determination that any outcome we agree will be in the best interests of BP shareholders," Grote said, declining to comment on the situation in any detail.

The company also announced Wednesday that it would pay a dividend of 7 cents per share in June, half the size of the dividend it paid out to shareholders for the same quarter in 2010. The company suspended its dividend for nine months following political and public pressure, reinstating a 7 cent per share payout for the final quarter of 2010.

"Although the uncertainty in Russia and the U.S. is likely to overhang the shares, we believe further divestments will continue to highlight the inherent value within BP's attractive portfolio of assets," Jackson said. "We remain buyers."