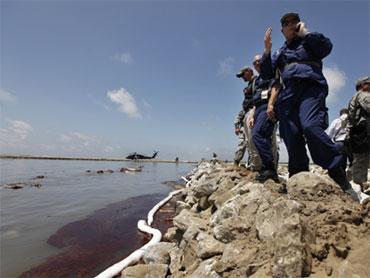 BP said today that while it has been doing everything possible to stop the flow of oil from a leaking well head, the federal government has ultimate control over the efforts undertaken in the Gulf of Mexico.

On Sunday Interior Secretary Ken Salazar said he was "not completely" confident that BP knows what it's doing.

"If we find they're not doing what they're supposed to be doing, we'll push them out of the way appropriately," Salazar said.

Last Friday White House press secretary Robert Gibbs was hammered by reporters asking about the government's responsibility and its oversight of BP's response to the spill.

Gibbs disputed an assertion that the government has "stood there and hoped for the best" when it came to BP's response, yet hedged when asked why the federal government had asked BP for data about the leak instead of ordered them to disclose it. Gibbs seemed to suggest that the government couldn't do that with a private company - at least not one that wasn't in receivership.

Gibbs said that under a 1990 law, BP is responsible, and the government is simply assisting.

"They're responsible for the cleanup, and they have to pay for it," Gibbs said at his press briefing Friday. The government, he said, is just "overseeing the response."

Yesterday, on "Face the Nation," Gibbs reiterated that .

"BP is the responsible party, they own the well, they're responsible for capping it," he told Bob Schieffer. "That effort is overseen by and directed by [Coast Guard] Admiral Thad Allen, and our commanders on the ground in Louisiana."

Today BP's chief operating officer Doug Suttles clarified that the government could be in charge if it chooses to be.

"The federal government does have ultimate control of this event," Suttles told "Early Show" anchor Maggie Rodriguez. "I think what we're seeing is a huge frustration. We share it. I share the secretary's frustration. I want this thing to stop. We want it stopped. The people who live here want it to stop. I'm doing everything we can. I don't know anything we could be doing that we aren't doing. We're getting lots of help from lots of places. The government is looking at what we do every day; they're providing experts as well. So I think it's this huge sense of frustration that we haven't been able to stop it yet."

And jurisdiction may not end with the feds: "CBS Evening News" anchor Katie Couric reported that the mayor of Grand Isle, La., objected to the Coast Guard, saying they did not want oil containment booms used around the beach because it would be "unsightly" for beachgoers. Rear Admiral Mary Landry told Couric that they have to respect the wishes of local leaders.

[Mayor David Camardelle has since complained about inaction, telling CBS News correspondent Mark Strassmann, "There's too many chiefs. There's a representative of BP on this island. He can't tell me anything. He can't pull the triggers."]

Contributing to the sense of tension between BP and the government is the use of chemical dispersants to break up the oil slick. To date BP has deployed approximately 785,000 gallons of dispersant, including 100,000 gallons subsea.

Last Thursday the Environmental Protection Agency ordered BP to come up with the least-toxic alternative to the chemical, Corexit 9500 (whose long-term effects the agency said were unknown), to begin using within three days.

BP pushed back, with Suttles saying in a letter to EPA that Corexit was effective, and the best option for subsea application.

This morning Suttles denied that the company was in a standoff with the EPA.

"They said we want you to find a less toxic, more effective chemical, and what we've done has been pursuing that request," Suttles told Rodriguez. "We actually met again with them yesterday and what we're finding is that some of the products that are out there just aren't available - they're not available now in the quantities. And some of the products that are on the list actually have long-term issues with them. We've shared the details of those with the EPA and that's the reason we're not using those products.

"But we met again last night, we'll continue to look for alternatives. We want to find something, if there is something out there that's better. But we actually believe this is a good product to use. It's widely used, it's been on the list for many years. But I'll tell you, if we can find something less toxic and more effective, we will put it to use."

Suttles also disputed the idea that BP was short of the knowledge to cap the leak, which has continued for over a month. [Estimates of the leak so far range from 6 million to at least 11 million gallons of crude.]

"Maggie, our company, of the international oil companies, does more ultra-deep water work than anybody," Suttles said. "We have a huge number of experts. But we didn't stop there. We went out and got those from the other oil companies. We've gone to the government for the best and the brightest there. I don't know of anyone out there with expertise we haven't tapped into. And if they're out there, we'll find them and we'll put them to work."

Conducting these difficult operations 5,000 feet under the surface, Suttles said, is "a big, big challenge."

Follwing the failure of the containment dome to cap the leak, BP is planning an operation referred to as "top kill," in which heavy mud is blasted into the hole to plug it before sealing it with cement.

"If it actually works, we should know fairly quickly during the day," Suttles said. "We intend to start the operation in the early hours of the morning. We want to do it in daylight for a lot of reasons including the safety of those on the job. If it works we should get the job complete on that day, on Wednesday.

"If it doesn't work, I should tell you we have other options. We continue to parallel every option out there, including to contain the flow and actually other options to stop the flow."

This weekend the White House announced the establishment of a bipartisan national commission on the spill. Two-term Florida governor and ex-Senator Bob Graham and former EPA administrator William K. Reilly will serve as co-chairs. 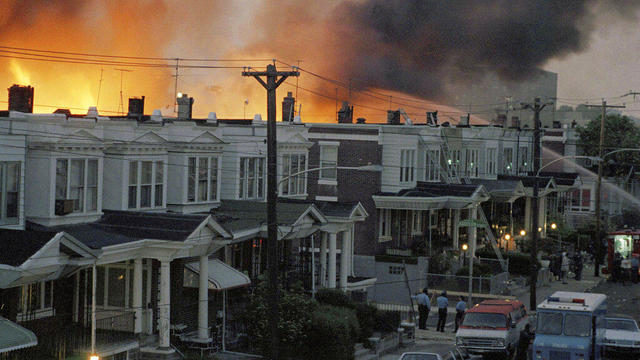