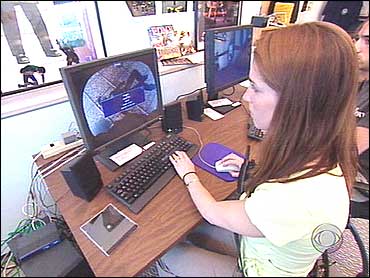 
Last week, we took a look at the Life Potato Syndrome, a growing trend where young people have less unstructured play, time outside, imaginary play and physical activity, and more time in front of electronic screens and in highly supervised lessons and after-school programs.

Now it's time to consider Life Potatoes and gender. I have a hunch that the Life Potato Syndrome harms boys more than girls. It may even contribute to why boys are not doing as well in school as girls. Personally, I'm not convinced these are big problems, but generally, society worries a bit more about boys than girls right now.

The gender gap in higher education is an interesting phenomenon. In 1967, a third of all men between 18 and 24 were enrolled in some sort of higher education and that percentage hadn't budged by 2000. But the percentage of women in college doubled, from 19 percent to 38 percent.

Since 1980, women have been in the majority on campus. In the last couple years, women made about 57 percent of college students, a pretty impressive slice.

In the big picture, I don't see that this is any special problem. I know there is a lot of worrying going on, though. There's even a view that colleges practice covert affirmative action for boys just to get them up to the unimpressive current levels. If women are better at school or if they develop faster, why is that a problem society needs to fiddle with? Except for historical bias against women educationally, they probably would have been in the majority ever since Socrates gave tutorials.

There's a goofy kind of neo-con camp that sputters about how society has feminized boys, stacking the system for goody-goody girls and squashing the daring, rebellious energy boys need to eventually run the world. This is a counter-rebellion to the view that the system used to be stacked against girls. But that's silly because the system was just stacked against girls, not in the subtleties of curriculum and pedagogy, but in blatant discrimination. When the blunt prejudice was lessened, girls excelled and boys goofed off.

But I do see two real problems. The educational gender gap is far worse for African-Americans and Hispanic males. There are roughly two females for every male enrolled in college in those populations. That has a huge impact and will perpetuate destructive social patterns. It could even deserve the label "crisis."

The other issue is indirect and involves what happens after college and graduate school. In pay, the gender gap still favors men. It starts the year after college and continues for at least the next decade. A year after college, women working full time earned just 80 percent of what men do, according to a study by the American Association of University Women Educational Foundation. Ten years later, women earn 69 percent as much as men earn, it said.

So women do better educationally than men, graduate and earn less. OK. And we're worrying about helping the boys?

The pay gender gap is baffling to me for another reason. Every person I know who is involved in hiring entry-level workers says it's far easier to hire women than men. I don't have statistics on this, which doesn't matter because if they contradicted my direct experience I wouldn't believe them.

I am not saying that huge organizations that hire gazillions of grads don't skew hiring to favor men. What I am saying is that in the hiring process, women are more impressive in general. They are energetic, enthusiastic and prepared in interviews, articulate about their goals, honest about their experience and mature, and they write prompt, mannerly thank-you notes. Boys tend to be low in affect, inarticulate and if they write thank-you notes at all, they are dorky. I can't imagine why anyone would pay them more.

As I said earlier, I have a feeling the Life Potato Syndrome and the related slacker aesthetic affects men more than women in the early job market. Brute bias seems to be helping males hold on to their pay differential advantage. Perhaps litigation and the market will repair that. Certainly, parents should get their boy potatoes off the couch.