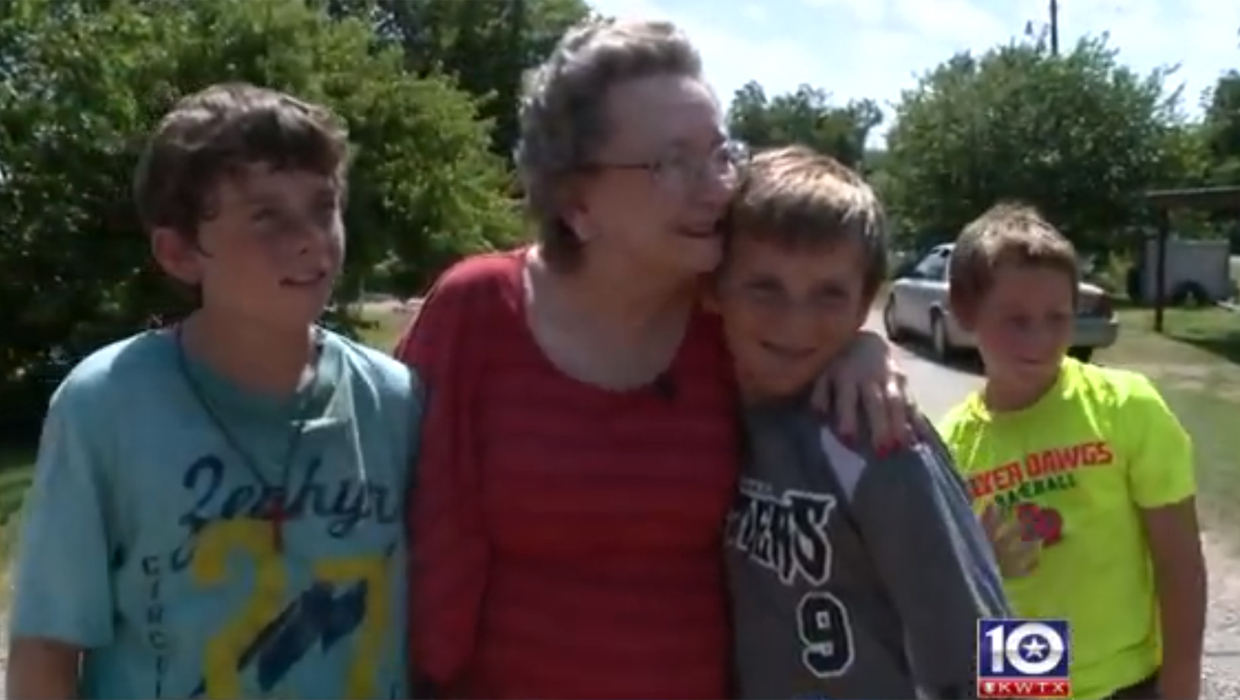 RIESEL, Texas -Four young brothers helped out an elderly Texas woman by mowing her lawn after a warrant was issued for her arrest over her high grass, reports CBS affiliate KWTX.

Several weeks ago, Gerry Suttle, of Riesel, east of Waco, was issued a notice to appear before a judge because the grass on a lot she owns across from her home was more than 18 inches high, violating city code. After she didn't appear, a warrant was issued for her arrest, reports the station.

Suttle, 75, told the station she never received the notice.

Four brothers who didn't know Suttle but learned of her plight through a news report decided to pitch in and help by mowing the lawn.

"We haven't met her yet but she's 75 years old and she needs some help mowing," said Blaine Reynolds, one of the boys. "That's the least we could do."

Suttle told the station she's grateful for the boy's help.

After the boys mowed the grass, Suttle was told Wednesday she needed to go to court and sign documents indicating she didn't receive the original notice to appear about the lawn in order to have the warrant dropped. But Thursday, she received another court summons,reports the station.

"It is very heartbreaking to see that someone that I didn't even know came out and spent two hours in the sun doing what we thought the city wanted done and then them turn around and say 'no,'" Suttle said.

Meanwhile, the Reynolds brothers have offered to help again.

"I'd do it for her a second time, or a third time," Blaine Reynolds said. "Anything to keep that lady from having to go to court."