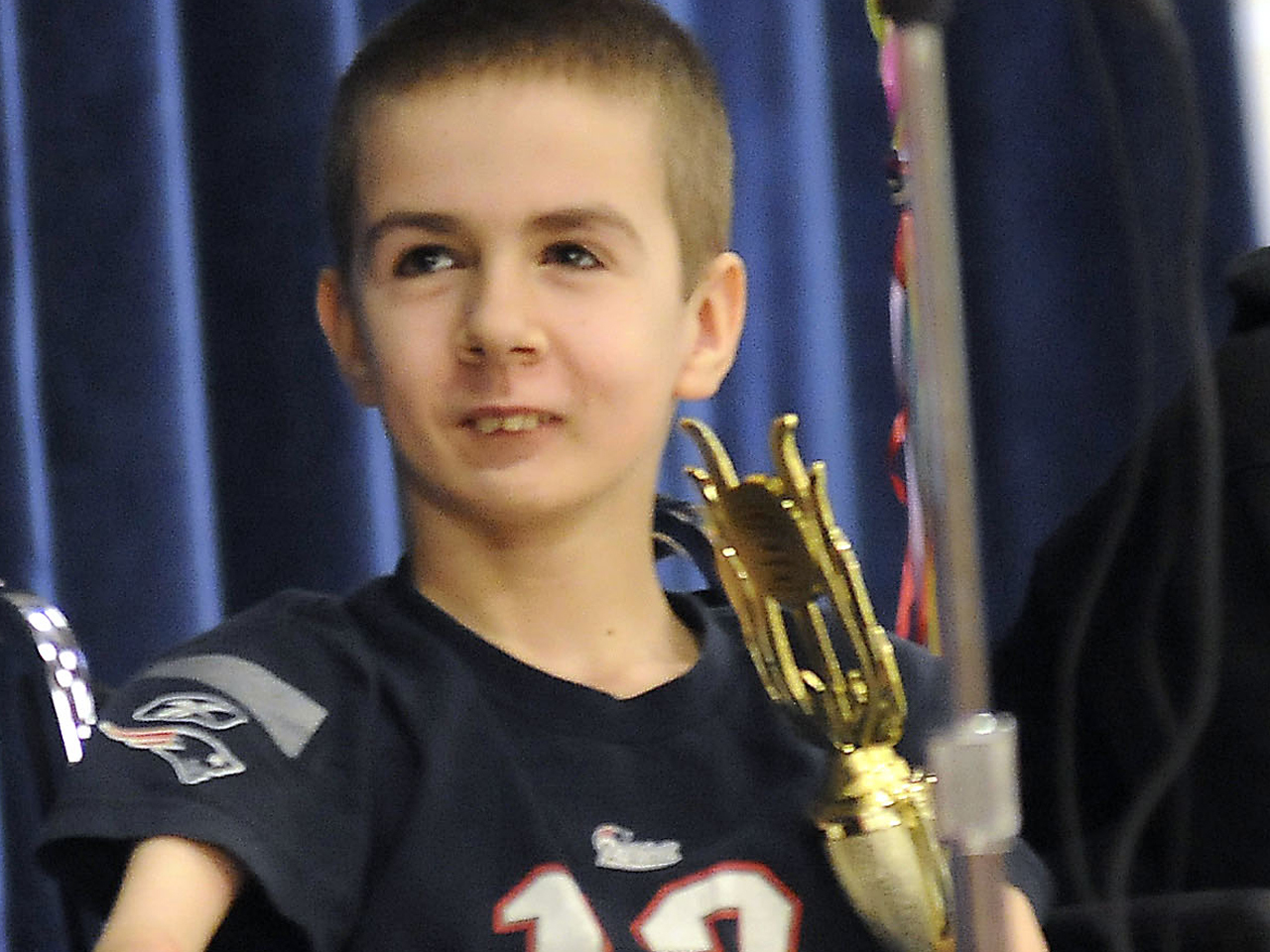 READFIELD, Maine - A 10-year-old boy who earned a spot in a national penmanship contest despite being born without hands and lower arms is in a league of his own.

Nicholas Maxim, a fifth-grader at Readfield Elementary School who writes by holding a pencil between his arms, impressed judges at a national penmanship contest enough that they created a new category for students with disabilities. Maxim received the first Nicholas Maxim Special Award for Excellent Penmanship this week at a school assembly.

Judges who sifted through 200,000 handwriting entries in the annual contest run by Columbus, Ohio-based schoolbook publisher Zaner-Bloser said the new category would inspire others.

Maxim, who said he likes writing and illustrating comic strips, didn't know his paper had even been submitted to the contest, so Monday's school assembly in his honor came as a surprise.

"We submitted his entry because we felt his penmanship was amazing considering he completes most of his work without using his prostheses," said Principal Cheryl Hasenfus.

Zaner-Bloser estimates that more than 2.5 million students have participated in the handwriting contest during its 20-year history. The other 2011 winners will be announced next month in Orlando, Fla.