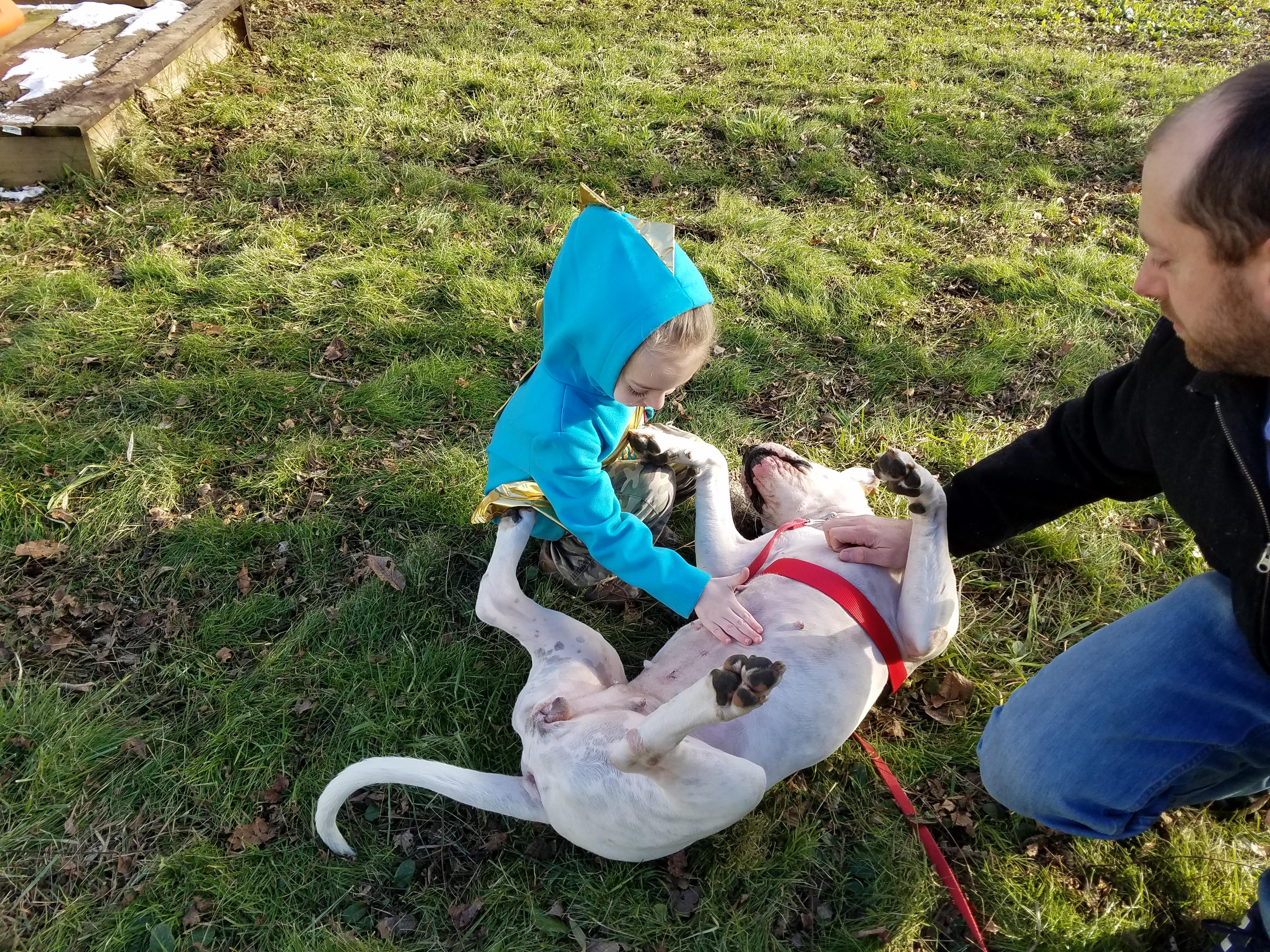 A 6-year-old boy from Lansing, Michigan, and his new service dog are helping each other live a full life.

William Grimes' family got his dog, Jay, when they both needed a friend the most. William was diagnosed with ADHD and Sensory Processing Disorder and his mom says it's often hard for him to leave the house.

"We have known since he was 3 he had anxiety and sensory processing disorders," Kristy Grimes told CBS News. "For the longest time William was very scared to leave the house."

William's anxiety got worse when his grandmother passed away about six months ago, his mom said. That's when she decided she should look into getting a service dog sooner rather than later.

Grimes said she actually got the idea for a dog from another animal – a duck. William met someone's pet duck at a playgroup and his demeanor immediately changed, she said.

"William was talking with the kids and petting the duck and was actually able to interact with kids his age, which he has never been able to do," she said. "If a duck can make this much a difference, imagine what a dog could do."

The family worked with a local service dog trainer to find the perfect pup. Then in November they drove to Kalamazoo Animal Rescue to get William his new best friend.

The employees at the animal rescue introduced the family to Jay, who is an unidentified breed, though the family believes she is an American bulldog. Jay was once used as a bait dog in a fighting ring. "She was horribly treated," Grimes said.  Jay's sad past made Grimes think she was perfect for adoption.

"I was like, 'This dog is the most perfect dog for my son.' She has been through so much ... but she is still so gentle and loving and so happy all the time. If she can come back from that, she can teach my son to enjoy the world and love," Grimes said.

Both William and Jay have overcome a lot, and when they met there was an instant connection. "Jay instantly knocked him down, but not in a mean way ... and started licking his face. And my son said, 'Yup, I want to keep her.'"

Now, Jay and William are inseparable. "She fits into our family so well. We have cats, we have an old Great Dane and three kids. She just loves us all completely," Grimes said. "At night it's quite common to find her sneaking up into bed with them."

Jay is still learning how to be a service dog, Grimes said. For now, she travels to therapy with William until she can get used to more stimulating places, like grocery stores.

"Honestly, just my son knowing Jay is here for him — even when Jay isn't physically there — he has gotten a lot of confidence," Grimes said. The family is optimistic about what Jay will be able to do once she's fully trained.

A battered dog and a boy with special needs found a calming force in each other and now the two kindred spirits are helping each other live fuller lives.