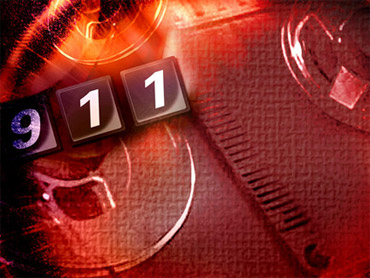 A terrified 7-year-old boy begged emergency dispatchers to send police to his Southern California home where three armed robbers threatened his parents, according to a recording of the call released Tuesday.

Gunmen broke into the boy's home Tuesday morning and announced that they would take whatever they wanted, Los Angeles County sheriff's Lt. Steve Kenny said.

The boy and his 6-year-old sister hid unnoticed in the locked bathroom while the suspects threatened his mother and father at gunpoint.

"There's some guy who's going to kill my mom and dad," he said breathlessly. "Bring cops. A lot of them! ... And soldiers, too."

The suspects eventually broke into the bathroom and someone screamed. The 911 operator sounded shaken as she explained what happened to her colleagues.

The 911 dispatcher, Monique Patino, told CBS station KCAL that she thought of her own children during the ordeal.

"You could hear the fear in the kid's voices," she said.

Kenny said the suspects grabbed the boy and asked who he called. He responded, "911." The gunmen fled without taking anything or injuring the family.

"If not for the brave and educated actions of the 7-year-old boy, this might have ended tragically," said sheriff's Capt. Pat Maxwell.

The three men remain at large.