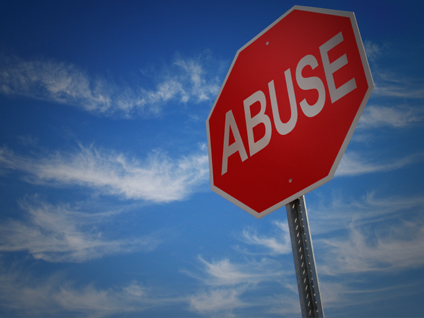 ST. LOUIS (AP) - A southern Illinois woman who authorities said hid her young son, often in a crawl space, for nearly two years as part of a custody dispute has been ordered to spend two years on probation, without more jail time.

Shannon Wilfong, 32, pleaded guilty Monday to five misdemeanors, including obstructing a peace officer. Wilfong was sentenced to $1,500 in fines and 30 days in jail - a judge credited her with time served - on that count and fines of $100 on each of four counts of unlawful interference with child visitation.

Wilfong's mother, Diane Dobbs, also pleaded guilty to obstruction and escaped additional jail time when the judge credited her with the 12 days she'd already been behind bars. Dobbs, 53, was fined $1,000.

A prosecutor said the case-closing plea deals came with the blessing of the boy's father, Michael Chekevdia, Wilfong's one-time boyfriend. Chekevdia has been granted legal custody of the boy, who turned 9 last week.

Authorities say Wilfong began hiding her son at her mother's house in late 2007, stashing him in a crawl space - roughly 5 feet by 12 feet, about the height of a washing machine - whenever visitors came.

The home's windows were blocked off with shades or other items, and a judge found the boy was deprived of contact with peers, medical care and education. Testimony later revealed the boy was allowed outside only at night or in a fenced-in area not visible to passers-by.

Authorities raided the home in September 2009, found the boy, and arrested Wilfong and Dobbs.

Dobbs insisted Wilfong fled with the boy to protect him from abuse by Chekevdia, a former police officer and an Illinois National Guard lieutenant colonel. Chekevdia rejected their allegations, as have state child welfare officials.

Dobbs said the case's "dragging on" in court spurred Monday's guilty pleas, which she said would allow Wilfong to seek visitation with the boy she hasn't seen in four months.

In February of last year, Judge Melissa Drew rejected awarding the boy to his mother. Drew, who described the boy then as "very resilient," ruled custody should go to his father with the caveat that the court maintain oversight of the child.

Drew reiterated her previous finding that the child's two years in hiding amounted to neglect, citing his forced absence from schools and outside medical care.

During months of custody hearings after the boy was found, Wilfong was prone to outbursts and once briefly walked out of one hearing, clutching a wad of tissues.