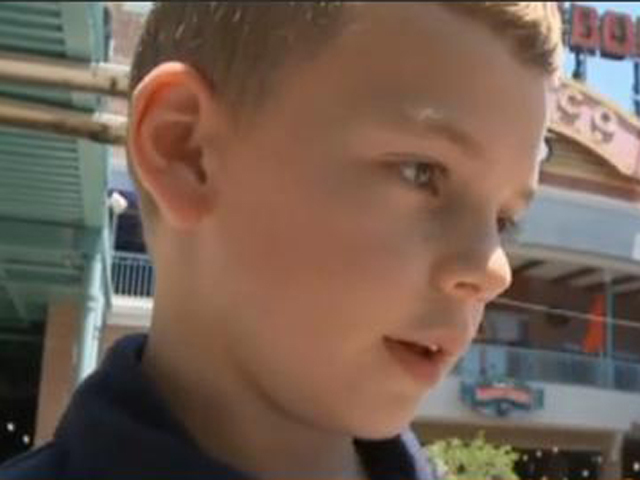 The incident happened Sunday, while the boy, Zane Noland, and his 15-year-old brother were attending a 3 p.m. showing of "Man of Steel."

The Tampa Bay Times reports when Noland went to the bathroom, he found a loaded Glock 26 on top of a toilet paper dispenser in the theater's restroom. The child told his father, 48-year-old Marine veteran Wesley Noland.

Wesley Noland told CBS affiliate WTSP that there were two other fathers and kids in the bathroom, and that "the theater was very busy and the place was full of kids and families."

Wesley Noland said he took the gun and his son into a private bathroom designed for families and called 911. He disarmed the gun and put it on a diaper changing table, according to the report.

A Tampa Police spokesperson reportedly said, "We believe that this would meet the standard of willful and wanton disregard for the safety of others, to leave a loaded weapon where a child -- and in this case a 9-year-old found the gun -- that certainly put others at risk and we're just thankful that a very responsible law abiding citizen found the gun and did the right thing."

Police took the gun and are trying to find the owner. The station reports that even if the owner had a permit he or she could still face charges.