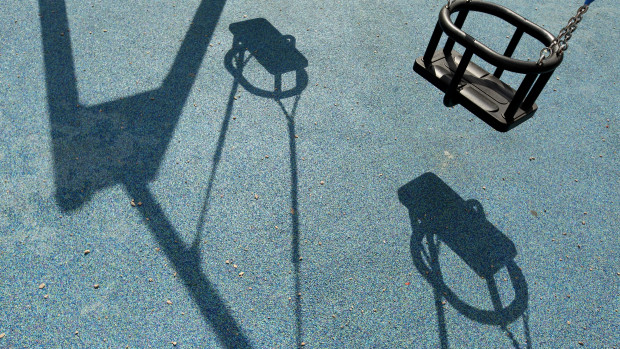 KENTWOOD, Mich. - A 9-year-old boy who was repeatedly stabbed by a 12-year-old boy at a playground in western Michigan has died, police said Tuesday.

Michael Connor Verkerke ran home and collapsed on the porch around 6 p.m. Monday after he was stabbed in the back with a kitchen knife at a mobile home park in Kentwood, near Grand Rapids, police say, according to CBS Detroit. He died after being rushed to a hospital.

Witnesses told investigators that four children were playing when one of them pulled a knife and stabbed the boy. The motive in the attack was still being investigated, said Kentwood Police Chief Thomas Killen. It is unclear whether the children knew each other.

Police said the older boy left the playground after the stabbing and called police from a nearby home to turn himself in.

Glen Stacey, who lives nearby, told CBS Detroit that the older boy approached him after the attack and asked to use his phone.

"I gave him my phone and I heard him tell the 911 operator, 'I just stabbed someone. Come and get me. I want to die.' It was just a sad situation," Stacey told the station, adding that 12-year-old was "very calm."

Stacey reportedly said the boy mentioned that he was upset because nobody loved him and that he had taken multiple pills earlier in the day.

When police arrived, Stacy said, they went looking to aid the stabbing victim, prompting the older boy to yell to police, "Hello. I'm right here. You're going the wrong way."

Stacey said the older boy walked towards police with his hands out, as if he was ready to be placed in handcuffs.

Police said the 12-year-old boy was evaluated at a hospital before being taken to the Kent County Juvenile Detention Center pending charges. Police didn't immediately release additional details about the child.

An autopsy is planned by the Kent County Medical Examiner's Office. The Kent County prosecutor's office will determine whether the 12-year-old will be charged as a juvenile or an adult, Hillen said.