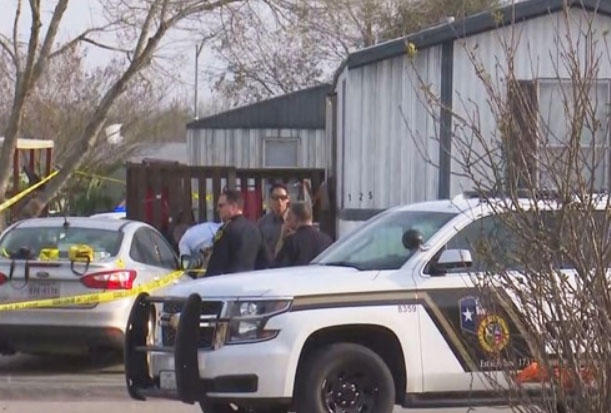 SCHERTZ, Texas -- A 6-year-old boy was killed when Texas sheriff's deputies opened fire on a woman at a San Antonio-area mobile home park following a nearly two-hour manhunt. CBS San Antonio affiliate KENS-TV reports that the woman was also killed by the gunfire Thursday in Schertz.

Authorities say the woman was a wanted felon and car-theft suspect who was found on the front porch of a trailer home she was attempting to break into. She was pronounced dead at the scene.

The boy, whose name wasn't released, was struck in the abdomen and died at a hospital.

Bexar County Sheriff Javier Salazar said the woman, whose name wasn't made public, had no apparent connection to the child or his family.

He said it's unclear who fired the round that killed the child or what prompted the shooting, KENS reports.

Salazar said no gun was found on the suspect but investigators are looking for one. She allegedly pointed a firearm at deputies who pursued her before the shooting.