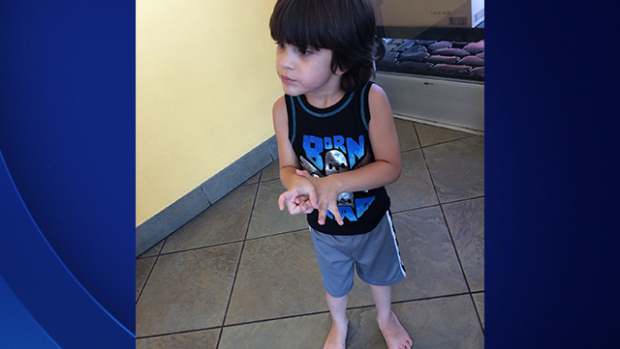 BURLESON, Tex. --A five-year-old boy with autism died after going missing and being found in a hot car, police said.

The boy, identified as Zachary Elshaarawy, had wandered from his home and is believed to have climbed into the vehicle on his own. He was rushed to the hospital in critical condition, but doctors were unable to save him.

According to the City of Burleson public information officer, a caller told police an autistic boy had been missing for approximately 15 minutes, CBS Dallas reported. Burleson officers checked the home, a nearby lake, and the area around Highway 174.

The temperature was nearly 100 degrees during the search.

A police sergeant searched cars in the driveway and cars on the street. The child was found in the back seat, on the passenger side, of a vehicle parked on the street, between the child's home and the neighbor's home, CBS Dallas reported.

Emergency responders administered CPR and the boy was rushed to the hospital. But his father confirmed he died despite the medical attention he received.