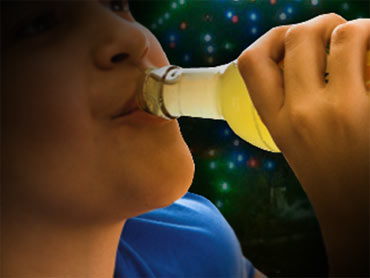 Tennessee investigators say a 4-year-old boy was found roaming his neighborhood in the night, drinking beer and wearing a little girl's dress taken from under a neighbor's Christmas tree.

The child's mother, 21-year-old April Wright, tells WTVC-TV the boy "wants to go to jail because that's where his daddy is." Wright says she and the boy's father are going though a divorce.

The boy, found outside his house in Chatanooga on Tuesday, was taken to a hospital and treated for alcohol consumption.

Hamilton County Sheriff's Department spokeswoman Janice Atkinson says the incident is being investigated but the department declined to release the report.

The boy's mother says she met with child protective services and was told she will get to keep custody of her son.