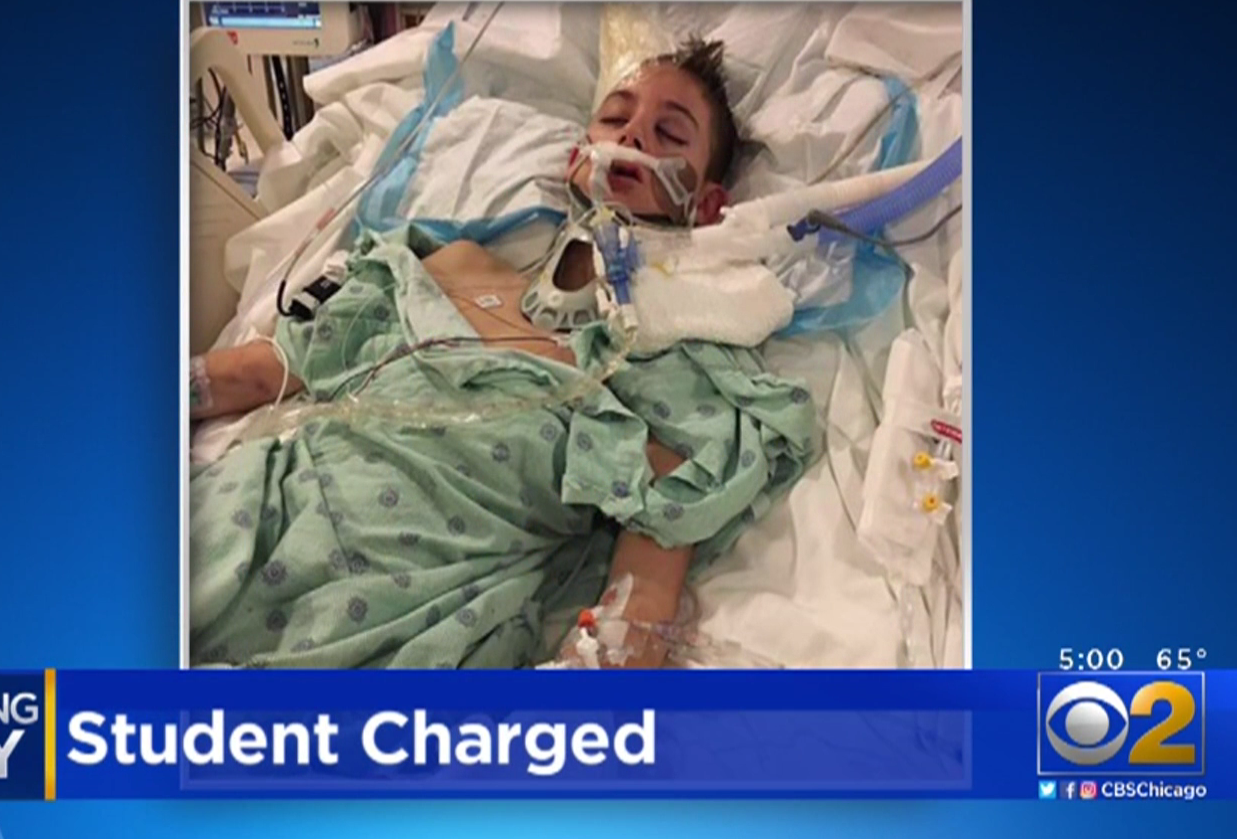 Henry suffered multiple facial fractures and bleeding on the brain, and was placed in a medically-induced coma for about three days, before his breathing tube was removed and he was sent home on Feb. 7.

The boy who attacked Henry has been charged with felony aggravated battery and two counts of misdemeanor battery. He was also ordered to wear an electronic monitoring device and to not leave his home except to go to school.

Accompanied to court by his parents, he made his first appearance before a juvenile court judge in Kane County on Tuesday. The boy could face a punishment from court supervision to 5 years in juvenile detention if convicted.

The Sembdner family’s attorney said Henry’s parents are grateful the case is progressing, but are also concerned for the child charged.

“His parents, certainly they’re angry and upset about what happened to Henry, but they’re also sympathetic to the extent that there is a young kid out there who clearly has struggles of his own,” said attorney Lance Northcutt. “We’re hoping that through this process those struggles get addressed.”

Northcutt also met with school officials on Tuesday to discuss Henry’s return to class. He said Henry hopes to be back in school by the time St. Patrick’s Day rolls around.

“Our administrators are working with the family to ensure a smooth transition to hopefully get the student back to school,” said Mary Fergus, District U-46 spokesperson.

Fergus added that the district is also offering educational services to the student charged, just not at Kenyon Woods. She would not say if he is going to be expelled from the middle school or not.

Northcutt said Henry’s recovery is going well; that he is in good spirits and eager to get back to school.

The case drew widespread attention from the community, and even from Chicago Cubs star Anthony Rizzo, who promised Henry tickets a Cubs game along with batting practice passes.