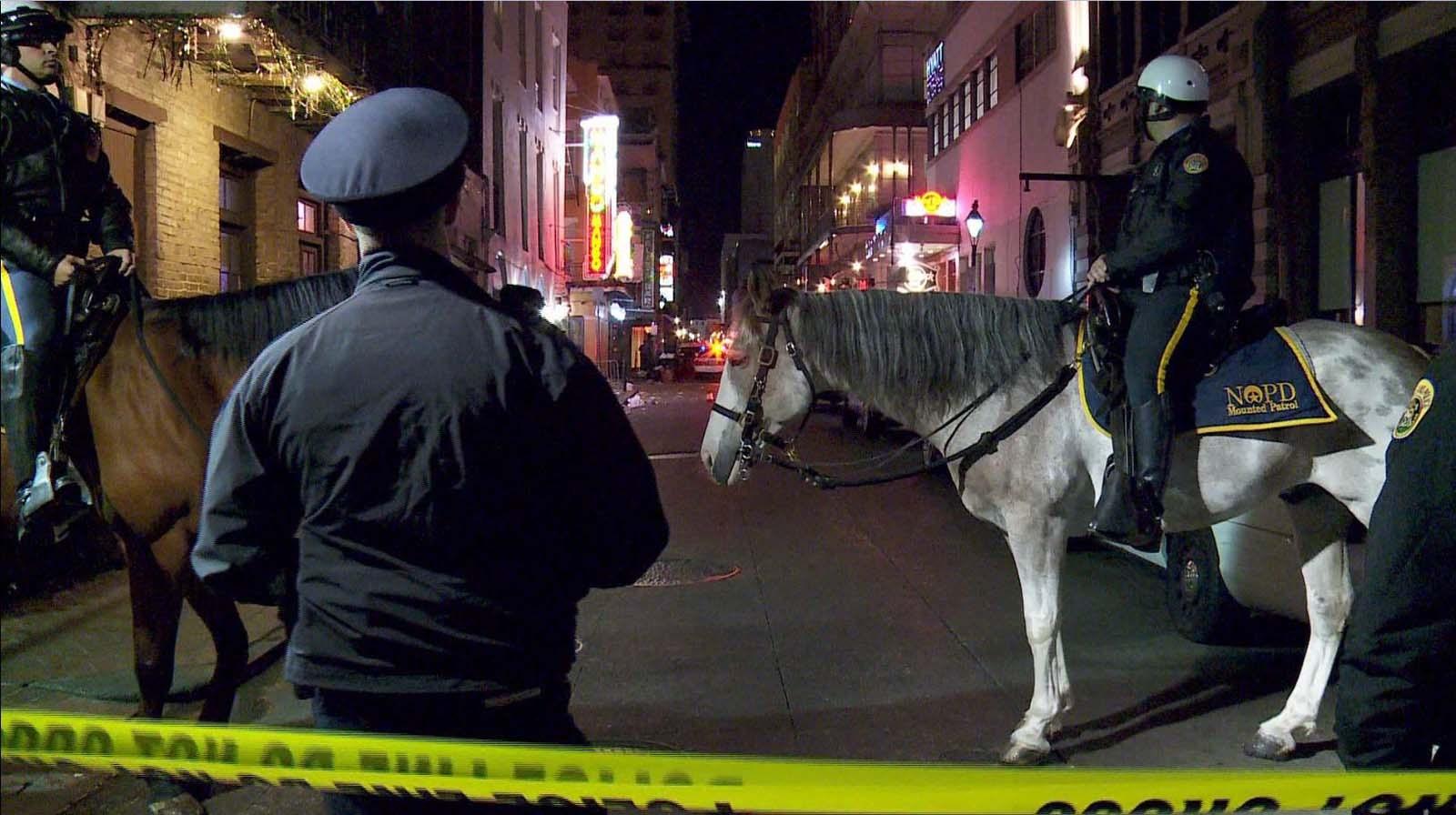 NEW ORLEANS - One person was killed and nine others injured following a shooting early Sunday on Bourbon Street in New Orleans, police said.

Police Superintendent Michael Harrison said during a news conference that officers responded about 1:30 a.m. Sunday to the shooting at the intersection of Iberville and Bourbon streets in the French Quarter.

Harrison said the shooting victims whose ages ranged from 20 to 37 included two females and eight males. One male victim died at a hospital.

Harrison said police do not know what motivated the shooting, but one male victim was among two men arrested on firearms charges.

Harrison said the shooting happened despite an increased police presence for the Bayou Classic football game Saturday night between Southern and Grambling universities.

No further information was immediately available. An investigation is ongoing.

Played since 1932, the Bayou Classic is the best known annual rivalry game between two historically black colleges or universities. Thousands pour into New Orleans for the weekend of the showdown, where the game has been played at the Superdome since 1990. Like many large New Orleans events, there are regular reports of shootings and violence related to the festivities, including a fatal shooting just last year.

Bourbon Street itself, despite being a massively popular tourist attraction frequently well patrolled by police, is also the scene of large, seemingly random acts violence. In 2014, nine people were injured and one killed in a shooting there.