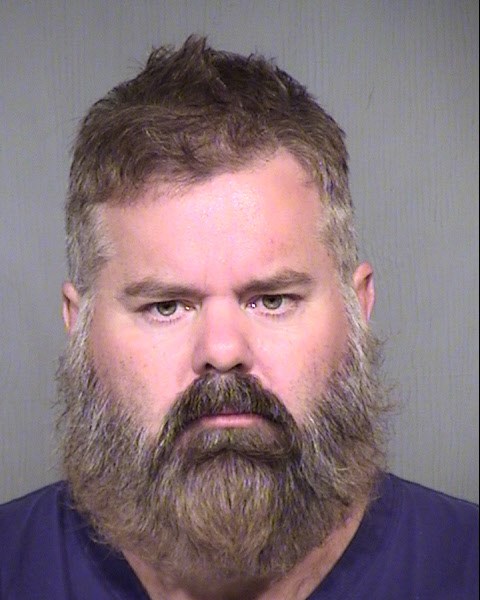 Nearly a dozen bounty hunters swarmed a house in Phoenix Tuesday night, but instead of finding a man wanted in Oklahoma, they found Joseph Yahner, the police chief of the sixth largest city in America.

"When the chief goes to the front door, he is confronted by an individual who is out there with a gun drawn," Phoenix police Sgt. Trent Crump said.

The team of armed bounty hunters woke up the police chief and his wife.

"Uh, we have, some, I don't know if they're bounty hunters or what they are, but they're, uh, they just banged on our door, and they're looking for somebody," a Yahner resident told police dispatch.

That somebody was Roderick Battle -- wanted in Oklahoma on drug charges.

The team was apparently acting on bad information from an erroneous tip posted on their Facebook page.

"There were 11 people out here; one was an 11-year-old child that had on a toy gun belt," Crump said.

Police arrested 43-year-old Brent Farley, the owner of one of the bounty hunter teams, for criminal trespassing and disorderly conduct.

"We don't know if the chief was the target specifically or if the bond companies were a target and sent there by someone," Crump said.

Farley is a convicted felon, which means he is not legally permitted to own a handgun. Police are investigating whether or not this was just an honest mistake or a prank.

West Point class most diverse in its history

U.S. hunter responds to her critics after killing giraffe in South Africa