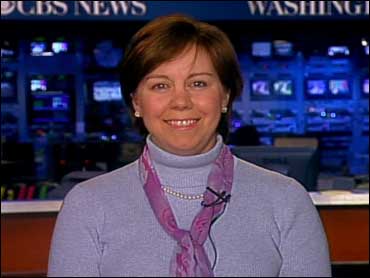 April is Autism Awareness Month. In effort to raise awareness, the Autism Society of America (ASA) is running "Bounce for Autism" events around the country. Marguerite Colston of the ASA explains.

Autism is a developmental disability that usually presents symptoms in children younger than three years old. Individuals who suffer from autism have trouble communicating and interacting with others.

According to the Autism Society of America, "an estimated 30 million people in the world have an autism spectrum disorder, 1.5 million in America alone." "Bounce for Autism" is based on the idea that children with autism feel calmer when experiencing a bouncing sensation. All proceeds from the event will be used to support autism awareness and funding.

"When you have autism, it's sometimes described as your body and space feels differently," says Colston. "When you do something like bouncing... it organizes the person with autism so that they may be able to focus, calm down and enjoy their experience."

During the month of April, six national "bounces" will be held. Families with children of all ages are invited to play for several hours on giant inflatable slides, climbing walls and other interactive toys. "The goal... is to involve the people affected and their families," says Colston.

Colston, whose son suffers from autism, took her family to one of the "bounces". "Our friends, who couldn't really play with Camden before, came up to me and said, 'I finally got to do something with him, and he looked at me!'"