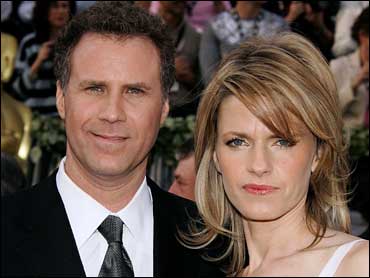 It's a boy, again, for Will Ferrell, the actor's publicist confirmed to The ShowBuzz Tuesday.

The tall and gangly Ferrell, who shot to fame on Saturday Night Live and in the Christmas movie "Elf," earned a Golden Globe nomination last month for his star turn in the film "Stranger than Fiction." Other recent screen credits include "Curious George" and "Talladega Nights: The Ballad of Ricky Bobby."

Måneskin on their international rise to fame
Thanks for reading CBS NEWS.
Create your free account or log in
for more features.
View CBS News In
CBS News App Open
Chrome Safari Continue
Be the first to know
Get browser notifications for breaking news, live events, and exclusive reporting.