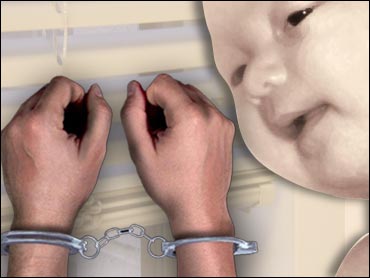 A man was arrested Monday and charged with dropping his baby daughter from a seventh-floor apartment window, police said.

The 10-month-old girl survived the 80-foot fall, crashing through several tree branches before landing on the ground. She suffered only cuts and bruises.

Police said Willie Williams barged into his ex-girlfriend's apartment late Saturday in a bid to persuade her to get back together with him.

"Oh, my God!" police quoted the mother as telling the 911 operator. "He killed my baby."

Williams then left the apartment, grabbed the baby and drove her to a nearby hospital.

Williams was charged with attempted murder, assault and unlawful imprisonment. He was in jail awaiting arraignment late Monday. It was unclear whether he had retained a lawyer.