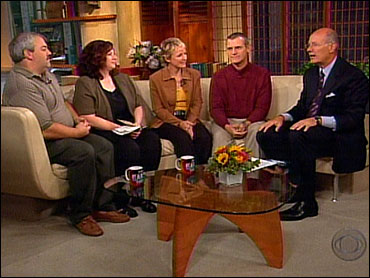 Melody Kloska and Matt Behr were married on Aug. 18 in a sunrise ceremony on a Racine, Wisconsin beach.

A week later, they put their wedding vows with their names and address in a bottle and threw it onto Lake Michigan. It floated on its merry way, across the lake.

On Sept. 19, Lynette and Fred Dubendorf were walking along the beach near their Mears, Mich. home and came across the bottle in the sand.

When they opened it and found the vows, they also found that their marriage dates matched!

The Dubendorfs were married on Aug 18, 1979, exactly 28 years before Melody and Matt.

Lynette and Fred wrote Melody and Matt a letter on the back of the vows they had found in the bottle, saying, "We thought you would want to know where your message in a bottle ended up! We picked it up on the beach between Pentwater and Silver Lake on Sept. 19. An ironic note, we were also married on the beach! Here in Michigan, by Pentwater. Even more ironic, it was on August 18, 1979. We wish you both the best of luck in your new lives together."

Matt and Melody couldn't believe it when they got the letter from the Dubendorfs. The two had had several failed marriages before finding each other and dating for five years, and were skeptical about marrying again. But Melody and Matt say this just assures them that their union is meant to be!

All four met for the first time on The Early Show Wedneday.

To watch the video,