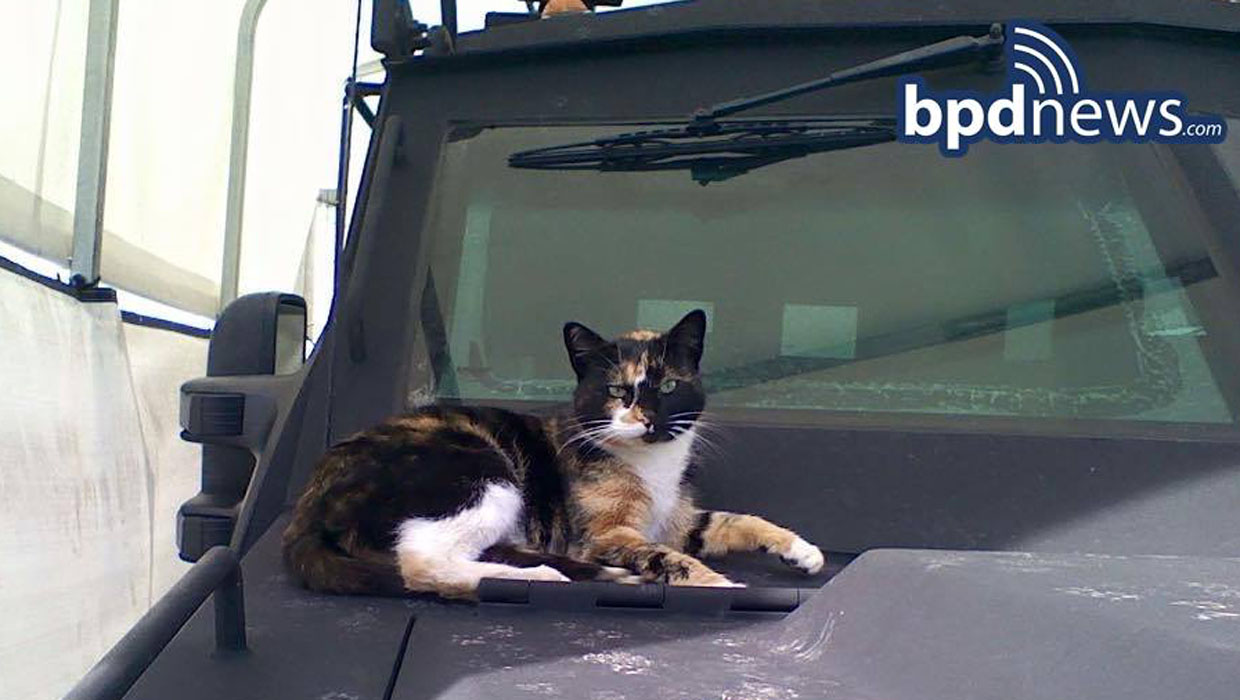 The Boston Police Department's SWAT team is looking for a stray that's become its unofficial mascot.

The department posted a note on Facebook this week seeking help finding "SWAT Cat," which has white, black and light orange fur. The department says the cat has been a beloved part of the team since 2013.

Officers adopted the Calico cat not long after she showed up at Boston Police's Special Operations Unit headquarters in Roxbury, which houses officers from SWAT, the motorcycle unit, and the hazardous materials response team, reports the Boston Globe.

The two-year veteran would show up for chow time with the unit and roll over for belly rubs from officers, they say. The cat hasn't been seen for about three weeks.

The paper reports officers fed and cared for SWAT cat, providing her with a heated shelter outside their building. She was reportedly oftentimes found lounging on top of an armored vehicle or curled up on officers' motorcycles.

"You pull into the driveway and hope she will come running across the parking lot," Officer Evon Burroughs told the Boston Globe. "She had become part of the family. But it's sad, she's not there. It's like going to work and not seeing a well-liked coworker."