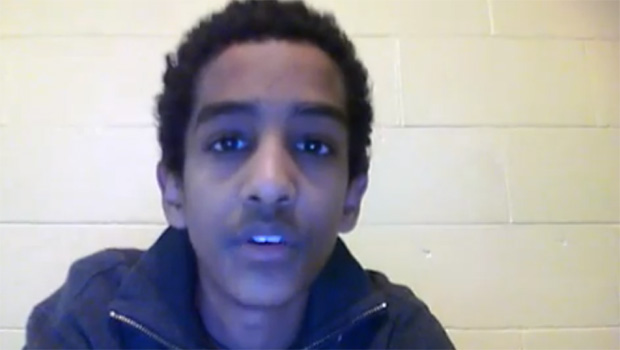 Prosecutors said Phillipos faces up to 16 years in prison in connection with two federal criminal counts. Attorneys for the 19-year-old say he will continue to fight the allegations against him.

"In time, it will be clear that this prosecution should not have been brought in the first place," lawyers Derege Demissie and Susan Church said in a statement.

Following Phillipos' May arrest on one count of lying to authorities, a judge ordered him released on $100,000 bond, putting him on home confinement and electronic monitoring.

Phillipos met the 20-year-old Tsarnaev while they were students at University of Massachusetts Dartmouth.

In arguing for bail in May, Phillipos' lawyers portrayed him as a frightened and confused young man "who was subjected to intense questioning and interrogation, without the benefit of counsel, and in the context of one of the worst attacks against the nation."

Friends and relatives have described him in court documents as a considerate and thoughtful person who was the son of a single mother who emigrated from Ethiopia to the United States.

Dzhokhar Tsarnaev was arrested April 19 when he was found hiding in a boat in a suburban Boston backyard. He faces 30 charges, including using a weapon of mass destruction to kill, and has pleaded not guilty.

Dias Kadyrbayev and Azamat Tazhayakov, two other friends of Tsarnaev's, already have pleaded not guilty to allegations they conspired to obstruct justice by agreeing to destroy and conceal some of his belongings as he evaded authorities after the attack.

Authorities have alleged Phillipos was with Kadyrbayev and Tazhayakov in Tsarnaev's dorm room on April 18, and that the three left with items including Tsarnaev's laptop and a backpack with fireworks.

They claim Phillipos concealed that the trio went to the dorm room and took Tsarnaev's backpack, and that he repeatedly lied to investigators during interviews.

But Phillipos' lawyers said Thursday it's clear that he had nothing to do with taking the backpack or destroying potential evidence.