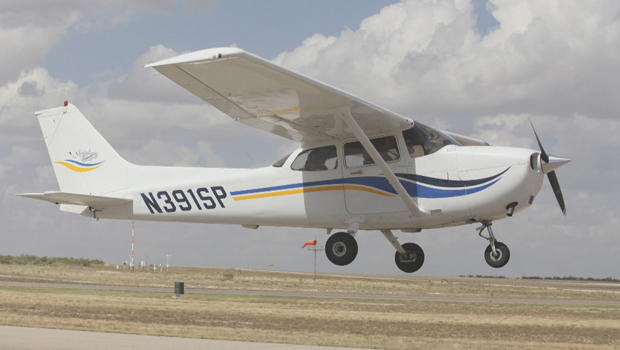 A web of secrecy at the Federal Aviation Administration could make it nearly impossible to identify a plane's real owner. For a new report, the Boston Globe's Spotlight team spent a year investigating a system the newspaper says can be exploited by drug dealers or corrupt international politicians.

What they found raises real questions about how the FAA handles information regarding airplanes and the people flying them.

Their story, "Secrets in the Sky," published today by the Boston Globe, even notes people with links to terrorism who appeared to hold active FAA licenses to fly or repair planes.

One in six private aircraft in the United States (or 54,232 out of 314,529) are registered through means which, though legal, make it very hard -- even for law enforcement -- to determine who owns an airplane.

It's a system that's appealing to bad actors, like the drug runners flying an American-registered plane shot down by the Venezuelan air force.

"People can use layers of secrecy to register their aircraft," said Boston Globe reporter Jaimi Dowdell. "And those layers of secrecy are really attractive to drug dealers, criminals, corrupt politicians, and people with potential ties to terrorism.

"It helps them hide, conceal their activities, and when they register their airplane with the U.S. flag, it's like getting the U.S. stamp of approval."

"You have to have a bill of sale, and the bill of sale simply says, 'Kelly sold the plane to Jaimi.' And then you have to fill out the form, and that's about it," said Dowdell.

"You go to the DMV, it's like, [show a] birth certificate, a passport, a power bill?" said Van Cleave.

The cost of registering an airplane is just 5 dollars -- a price the FAA says was mandated by Congress back in 1964.

"The FAA doesn't see itself as an active policeman of the registry," said Carr. "So when information comes in, they make sure information is there, but they don't vet the information. So they're really operating on the honor system of people who are registering aircrafts, and also on pilots' licenses, to say, 'This is who I am. I am a U.S. citizen. You know, I live here.' But if somebody has bad intentions and wants to lie, or has ill intent for the use of that license or certification of a plane, they can lie and the FAA says that they're not going to vet -- they're not checking."

The FAA acknowledges it does not vet its records because it does not have the resources to determine the accuracy of information submitted for registration.

The Globe found two of the planes used in the 9/11 attack were still listed as active until 2005.

And the FAA didn't cancel the registration of a TWA cargo plane that crashed in Chicago in 1959 until 57 years later.

"If those [errors] aren't being caught, imagine what else is slipping through the cracks?" Carr said.

Like two United Airlines pilots who were convicted of trying to fly an airliner drunk. As of September 1, they still had valid pilot's licenses (although the FAA says they wouldn't be able to fly because they lack a current medical certificate).

Or five people the Globe identified with potential ties to terror who were listed as having active FAA licenses. As recently as August, airplane mechanic Tairod Nathan Webster Pugh -- currently serving 35 years for trying to aid ISIS -- showed up in the FAA registry as a valid license holder. The FAA says, despite what the database showed, his license was revoked in 2015.

In a statement, the FAA tells "CBS This Morning," it has a team that investigates fraudulent aircraft registrations, and says it is "constantly working to strengthen the integrity of registry information. ... The agency is developing a plan to significantly upgrade and modernize the aircraft registration process."

While plans to fill the hole are underway, residents are concerned it could spread

Is your Airbnb host recording you?

When eyewitness testimony is wrong