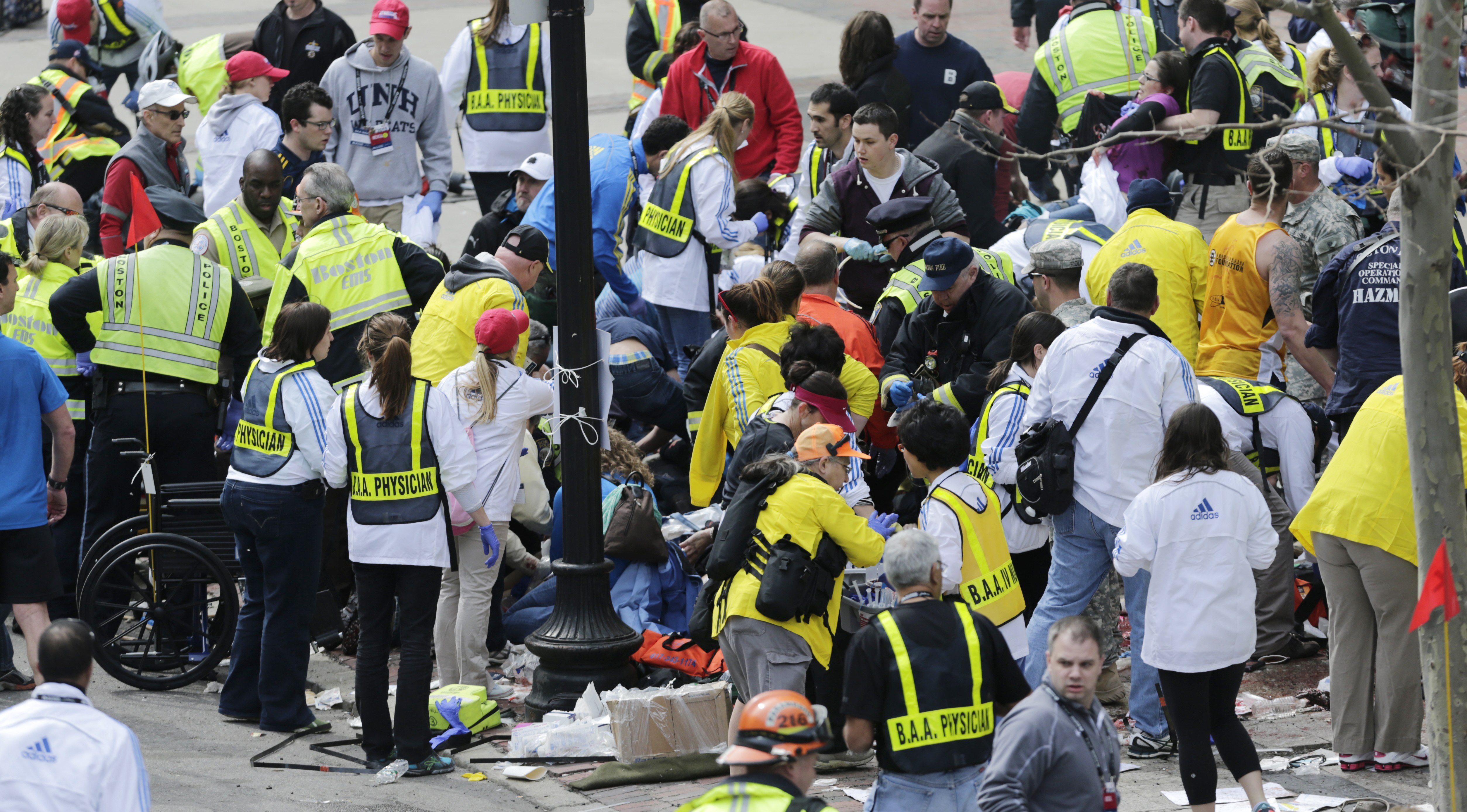 Authorities in Los Angeles and New York City have stepped up security in their cities and British police are reviewing security plans for Sunday's London Marathon because of the deadly bombs that hit the Boston Marathon Monday.

Two bombs exploded near the finish of the race in Boston, killing three people, injuring more than 125 others and sending authorities rushing to aid wounded spectators at America's oldest and most prestigious marathon, race organizers and police said.

Whitmore said the department has also increased security around all county buildings and is coordinating with other law enforcement to gather more information about the incident.

CBS News correspondent Bob Orr reports from Washington that New York authorities were moving counterterrorism forces into place around major centers and landmarks in the aftermath of the explosions.

"We've had two successful major attacks here in New York City," said Kelly. "We've had 16 plots against us since Sept. 11. We have devoted significant resources to protecting the city from a terrorist event, so this is what we do. We've done it in the past, and we're doing it right now."

Chief NYPD spokesman Paul Browne said critical response teams are deployed around New York until more about the explosion is learned. The teams are highly visible patrol units that travel with lights and sirens.

The NYPD often steps up security in the city as a precaution based on incidents in other locations.

The next major international marathon, the London Marathon, is a hugely popular race. Last year, some 37,500 athletes competed, with many more watching the springtime event.

London has long been considered a top target for international terrorists. In 2005, a series of suicide attacks on the public transport system in the British capital killed 52 people. London and mainland Britain also face a moderate threat from Northern Ireland-related terrorism, according to the government.

CBS News correspondent Elizabeth Palmer reports from London that the Metropolitan Police Department and London Marathon organizers were watching the events in Boston very closely and hoping for information from U.S. authorities that would indicate whether there's an increased risk of attack in the British capital.

A former head of counterterrorism of the Metropolitan Police told CBS News that, even if there is no hard evidence of an increased risk, the risk of copycat attacks will be assumed to have gone up.

Such a risk will prompt authorities to go over intelligence chatter they've collected from the last few days very carefully, and probably even re-survey the route for what they would consider vulnerable areas in case they have to beef up security in those areas, the official told CBS News.

With such a long course, the bottom line is that there isn't a great deal they can do at this stage to make it 100 percent safe, the official told CBS News.

The London race's chief executive, Nick Bitel, expressed shock and sadness about the situation in Boston, saying "it is a very sad day for athletics and for our friends in marathon running."