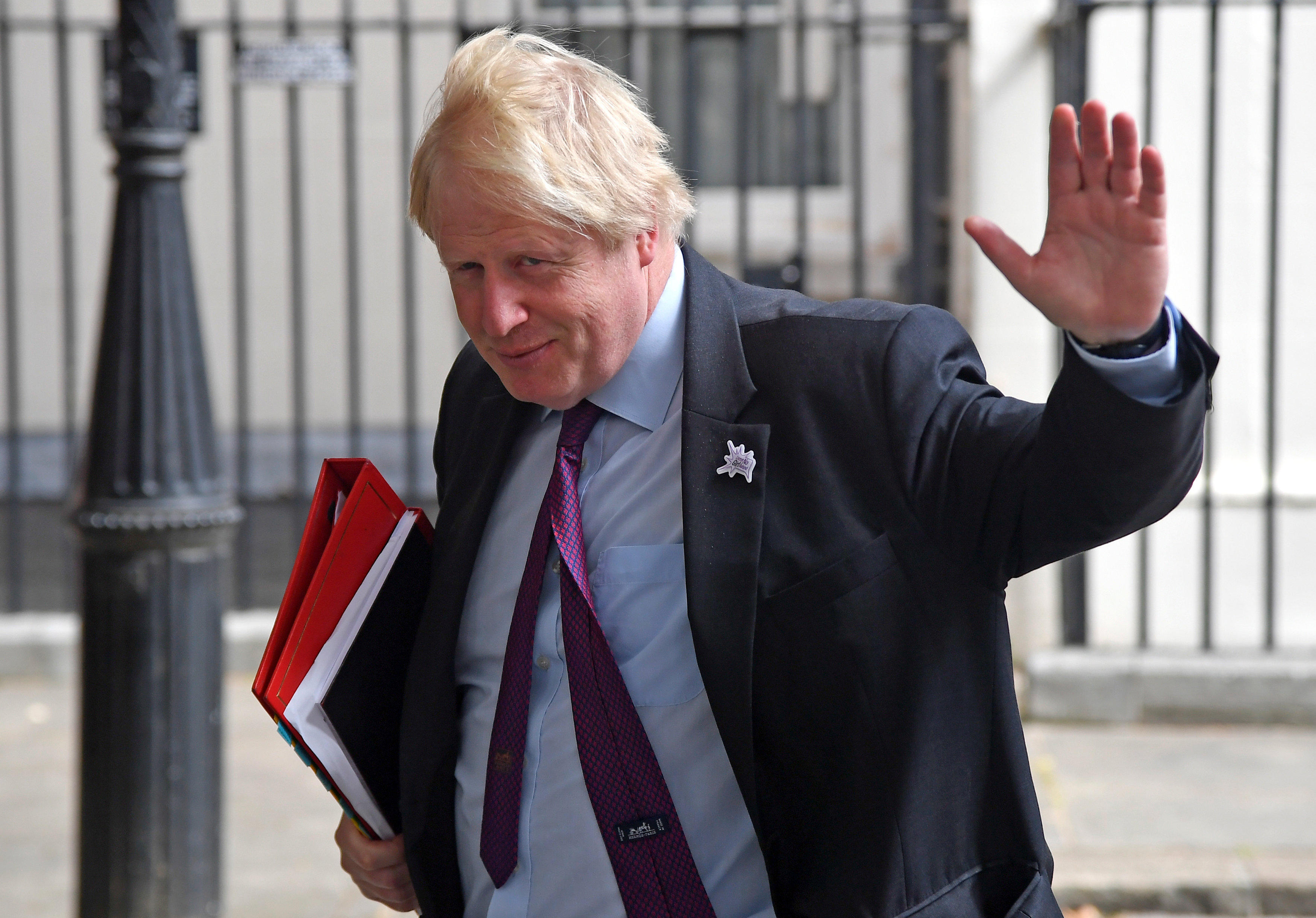 Johnson, one of the best-known and most flamboyant members of the government, quit just hours after the resignation late Sunday of Brexit Secretary David Davis, the government's top Brexit official.

Davis said he could not support May's plan to maintain close trade and regulatory ties with the EU, which he said gave "too much away, too easily."

Johnson, another loud pro-Brexit voice within May's divided government, slammed May in a resignation letter, accusing her of flying "white flags" of surrender in negotiations with the EU.

Johnson said in his letter that May's plan to keep close economic ties with the bloc means the U.K. is heading for a "semi-Brexit" that would leave Britain with the "status of colony" within the EU.

The Brexit "dream is dying, suffocated by needless self-doubt," he said in the letter, which he posted to Twitter.

Some euroskeptic lawmakers dream of replacing May with a staunch Brexiteer such as Johnson, a populist, polarizing politician who has never made a secret of his ambition to be prime minister.

Who is Boris Johnson?

Johnson had previously served as mayor of London and a lawmaker. He built a public profile on Latin quips and rumpled eccentricity, while nurturing a poorly concealed ambition to lead his country.

In 2016, following the resignation of Prime Minister David Cameron, Johnson was widely considered a front-runner in the race that May eventually won, but he ruled himself out after the defection of a key ally.

On Monday, minutes after Johnson quit, May defended her Brexit plan to lawmakers in the House of Commons - with Johnson absent from his usual place on the Conservative front bench.

She said she and the two departed ministers "do not agree about the best way of delivering our shared commitment to honoring the result of the referendum" in which voters opted to leave the EU.

May's plan seeks to keep the U.K. and the EU in a free-trade zone for goods, and commits Britain to maintaining the same rules as the bloc for goods and agricultural products.

May said that was the "only way to avoid a hard border" between the U.K.'s Northern Ireland and EU member Ireland. Uncertainty over whether tariffs and immigration checks would be introduced at the border has been a major stumbling block in negotiations between Britain and the European Union.

Rebuffing claims that her proposals make too many concessions to the EU, May said "this is the right Brexit" and would leave Britain free to make its own laws and trade deals.

May's Cabinet agreed to the plan after a 12-hour meeting Friday, but government unity began to fray within hours.

Brexit-supporting lawmakers were angered by the proposals, saying they would keep Britain tethered to the bloc and unable to change its rules to strike new trade deals around the world. They also argued that the proposals breach several of the "red lines" the government set out, including a commitment to leave the EU's tariff-free customs union.

In a resignation letter, Davis said the "'common rule book' policy hands control of large swathes of our economy to the EU and is certainly not returning control of our laws in any real sense."

Davis also said that May's plan "would be a risk at least of delivering a poor outcome."

If Davis' resignation rattled May, Johnson's shook the foundations of her government.

Less than nine months remain until Britain reduces the EU's membership on March 29, 2019. EU officials have warned Britain repeatedly that time is running out to seal a deal spelling out the terms of the divorce and a post-split relationship.

Britain and the EU hope to reach broad agreement by October so the national parliaments of the remaining countries can ratify a deal before Britain leaves. The timetable looks increasingly optimistic.

European Council President Donald Tusk, who leads the EU's political and priority-setting body, said Monday that "the mess caused by Brexit is the biggest problem in the history of EU-U.K. relations and it is still very far from being resolved."

Tusk said it was unfortunate that the whole "idea of Brexit has not left together with David Davis."

In her Commons statement, May urged the EU to take her proposal seriously.

"What we are proposing is challenging to the EU," she said. "It requires them to think again and look beyond the positions they have taken so far and agree a fair balance of rights and obligations."

Steve Baker, a junior Brexit minister, also resigned. May appointed staunchly pro-Brexit lawmaker Dominic Raab to replace Davis, who insisted he did not want his resignation to become a rallying cry for the prime minister's ouster.

"I like Theresa May, I think she's a good prime minister," Davis said.

Davis did not urge other ministers to resign, saying he was in a unique position because the Brexit secretary's job is to sell the government's policy.

"I'd have to deliver this. I'd have to do something I didn't believe in," he told the BBC. "That's not a tenable position. ... Others don't have that same responsibility."

The loss of two senior ministers and the anger among Brexit-supporting backbench lawmakers makes May's position as leader increasingly tenuous.

But leading pro-Brexit legislator Jacob Rees-Mogg said "I don't think a no-confidence vote is immediately in the offing." He urged May to abandon her plans and take a tougher line with Brussels.

"Friday's announcement was turning red lines into a white flag, and David Davis has made that so clear in his resignation letter," Rees-Mogg said.