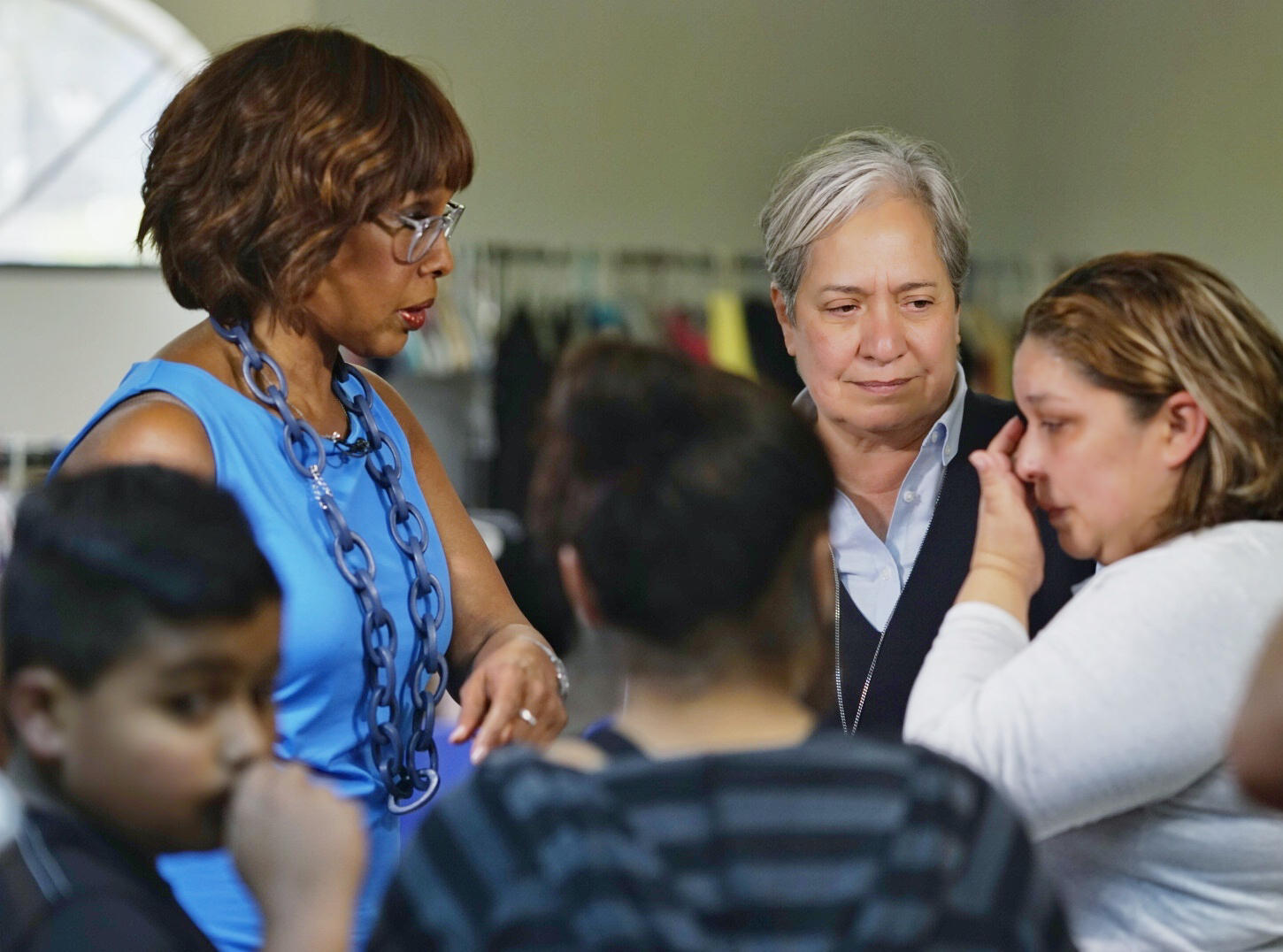 At the detention center in McAllen, Texas, near the U.S.-Mexico border, hundreds of people are awaiting federal prosecution after being charged with crossing the border illegally. There are many families, including children separated from their mothers and fathers. Some parents may go to jail or be deported. Others could be released to face hearings in civil immigration courts across the U.S. For those who are released, many go to shelters for help trying to figure out their next steps.

Every day at the McAllen bus station, dozens of migrant families released from detention are dropped off on the curb. Many have just been reunited after spending days apart from each other, reports "CBS This Morning" co-host Gayle King.

Not knowing where to go, volunteers escort the group three blocks to the Catholic Charities respite center. It's here that children are provided with clean clothes, toys, and entertainment – a welcome distraction while parents get help on the next phase of their journey: how to reach destinations like Los Angeles and New York. Most families speak little English and are exhausted.

"But they are told that they are breaking the law. And there are consequences for that," King said.

"They are entering the country asking for protection. How can that be breaking the law? They're not running away. They're simply saying, 'I need your help. My life is in danger,'" Pimentel said.

Cristina Melgar traveled from El Salvador with her 16-year-old daughter and 10-year-old son. She said they were separated for six days after being arrested at the border.

"When you came to border, did you think that you could be separated from your children?" King asked Melgar.

"No," Melgar said, crying. "I never imagined it would happen," she added through a translator. Her daughter, also emotional, said she couldn't see her family and was scared.

Melgar said she left El Salvador for fear they would be killed if her daughter refused to join a gang. Their goal is to travel to Boston where Melgar's sister lives.

"I just came to this country to protect my children – and to do something good. Not to do anything bad," Melgar said.

Martial Zavala, who also traveled from El Salvador, said he knew he'd be separated from his 10-year-old son after crossing the border.

"If you knew you could be separated, why would you take that risk?" King asked.

"I didn't know that this was going to happen until along the way I found out," Zavala said through a translator.

"There's a big welcome sign when you first walk in. But there are a lot of people in the country that don't welcome them. What do you say to those people?" King asked Pimentel.

"If they see that child that I have seen – when those childs are looking at me with those faces full of tears asking, 'help me,' how can you not help that child?" Pimentel said.