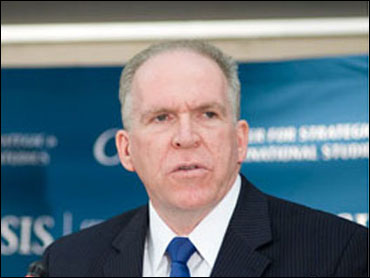 Some booksellers are troubled by a post-Sept. 11 federal law that gives the government broad powers to seize the records of bookstores and libraries to find out what people have been reading.

Bear Pond Books in Montpelier will purge purchase records for customers if they ask, and it has already dumped the names of books bought by its readers' club.

"When the CIA comes and asks what you've read because they're suspicious of you, we can't tell them because we don't have it," store co-owner Michael Katzenberg said. "That's just a basic right, to be able to read what you want without fear that somebody is looking over your shoulder to see what you're reading."

The Patriot Act approved after the 2001 terrorist attacks allows government agents to seek court orders to seize records "for an investigation to protect against international terrorism or clandestine intelligence activities."

Such court orders cannot be challenged like a traditional subpoena. In fact, bookstores and libraries are barred from telling anyone if they get one.

U.S. Attorney Peter Hall played down concern that government agents might soon be darkening the door at Vermont bookstores and libraries.

"Only in very rare and limited and supervised circumstances would anyone be seeking that sort of business information from a bookseller, a library or a business of any sort," Hall said.

He also said businesses can do whatever they want with purchase records as long as the material isn't being sought under a court order.

Such record requests from bookstores were becoming more frequent even before the attacks.

Kramer's Books in Washington won a court order blocking independent counsel Kenneth Starr from getting records of purchases by Monica Lewinsky during his investigation of the sex scandal involving President Clinton.

And the Colorado Supreme Court ruled last year for a Denver book store in its fight against a subpoena of purchase records by a defendant in a drug case.

The court found that "compelled disclosure of book-buying records threatens to destroy the anonymity upon which many customers depend."

Chris Finan, president of the American Booksellers' Foundation for Freedom of Expression, said booksellers until now have frequently kept lists of books their customers read as a matter of marketing. Some offer discounts to frequent customers or send a notice when a favorite author has a new release.

Finan said he wasn't aware of any widespread move by booksellers to purge such lists.

Peggy Bresee was in Bear Pond Books recently to buy "War is a Force That Gives Us Meaning" and "The Best Democracy Money Can Buy" as birthday gifts for a son who lives in Utah. She had the store purge the purchase records.

"It really does make me feel so much better," she said. "They're protecting those of us who are readers. It matters."

Bookstore owners purging their records is not the first sign of resistance to the Patriot Act. Librarians in Hartford, Conn., posted signs at Internet terminals stating that the federal government could monitor people's web-browsing habits.

The Patriot Act gave the government broad new anti-terrorism powers to use wiretaps, electronic and computer eavesdropping, searches and the authority to obtain a wide range of other information in it's investigations. It also broke down the traditional wall between FBI investigators and intelligence agents.

A recently obtained internal Justice Department draft suggest the administration may true to expand those powers further under a Domestic Security Enhancement Act of 2003.

Among other things, it would prohibit disclosure of information regarding people detained as terrorist suspects and prevent the Environmental Protection Agency from distributing "worst-case scenario" information to the public about a nearby private company's use of chemicals.

Elon Musk had twins last year with a top executive: report
Thanks for reading CBS NEWS.
Create your free account or log in
for more features.
View CBS News In
CBS News App Open
Chrome Safari Continue
Be the first to know
Get browser notifications for breaking news, live events, and exclusive reporting.