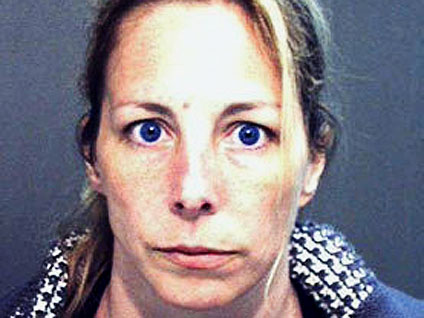 (CBS/Reuters) PHILADELPHIA - A Pennsylvania woman who faked her own kidnapping while actually going to Disney World was sentenced Thursday to more than eight years in prison.

40-year-old Bonnie Sweeten is charged with swindling her employer and family members out of more than $600,000.

CBS Philly reports a tearful Sweeten today told the judge she was sorry. She apologized to all the victims from whom she stole a total of more than $1 million.

At the sentencing in U.S. District Court, Sweeten was ordered to pay more than $1 million in restitution, in addition to spending eight years and four months in prison.

"Sweeten stole funds from family members, from the law office where she had been employed and from the law firm's clients," the prosecutor's office said.

In 2009 Sweeten spurred an intensive search by federal and local authorities by making a fake 911 call to say she and her 9-year-old daughter had been kidnapped by two black men in a truck. Authorities say that in reality, Sweeten had taken her daughter to Disney World in Florida.

Sweeten's lawyers asked for a sentence of less than seven years in prison, and prosecutors asked for 10 years.

After Sweeten's sentencing, prosecutors released the statement saying she stole more than $600,000 through identity that schemes and forged signatures.

"I am very sorry for my actions," she said. "...Waking up in prison, it clearly is a reminder every day of my actions and the things I have done to so many people, most of all my children."

The prosecution alleges Sweeten was motivated by greed and wanted material things such as a nice house, vacations, and jewelry -- a comfortable lifestyle she would not have had otherwise.