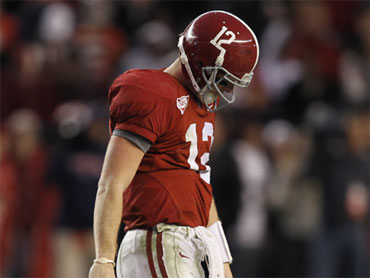 A suicide car bomb exploded Friday on a bridge overlooking the home of President Jalal Talabani, killing three of his guards, a spokesman for Iraq's largest Shiite Muslim group said.

The attack occurred about 8 p.m. on Al-Hussein Bridge over the Tigris River, according to Haitham al-Husseini, spokesman for the Supreme Council for the Islamic Revolution in Iraq.

He said several people were wounded, including some civilians.

The Supreme Council has offices in the area, and leaders of the organization also live in the Jadriyah district.

It was unclear if Talabani, a Kurd, was in the house at the time of the explosion. Guards are posted on the bridge because it overlooks the president's house and leads to an area where several key government figures have homes.

It was the latest in a series of attacks Friday. Earlier, six car bombs targeted American and Iraqi troops across Baghdad Friday, killing as many as 20 people. Also, the military said two U.S. Marines had been killed Thursday by a roadside bomb near the Jordanian border.

In the deadliest attack, a suicide car bomber hit an Iraqi army base in the Shaab neighborhood of northern Baghdad, killing eight Iraqis, including civilians and security personnel, Maj. Khazim al-Tamimi said.

Elsewhere, a car bomb was discovered near Yarmouk Hospital, the largest in west Baghdad, police said, Security forces blocked the road and called experts to dismantle it.

A U.S. military statement put the overall death toll at 20 but gave no breakdown by attack. Al Qaeda's wing in Iraq claimed responsibility in Internet statements for the attacks in Rustamiyah and Andalus Square, but the authenticity of the claims could not be confirmed.

The explosions occurred on the Muslim day of prayer, ordinarily a relatively quiet period in the capital.

The two Marines assigned to the Regimental Combat Team 2 of the 2nd Marine Division were killed Thursday when their vehicle was hit by a roadside bomb near Trebil along Iraq's border with Jordan, the U.S. military said Friday.

Al Qaeda in Iraq also claimed responsibility for a largely unsuccessful suicide attack Thursday near the Green Zone entrance. The area is home to the U.S. Embassy and major Iraqi government offices.

The attack was meant to be part of coordinated assaults by a suicide car bomber and two pedestrians strapped with explosives. The attackers apparently planned to detonate the car bomb first. Then the two pedestrians would blow themselves up in the midst of troops, police and rescue workers rushing to the scene, U.S. officials said.

The car bomb exploded. But one pedestrian bomber was killed after an Iraqi policeman shot him, setting off his explosive vest, a U.S. statement said.

The second pedestrian bomber was wounded by shrapnel from that blast before he could detonate his own vest, and was in critical condition at a U.S. military hospital in the Green Zone, the statement said.

Five policemen and four civilians also were wounded by the explosions and gunfire, officials at Yarmouk Hospital said.

Would-be bombers are rarely captured in Iraq. A 19-year-old Saudi was taken into custody after he somehow survived the explosion of his fuel tanker in December, a blast that killed nine people. A Yemeni was arrested in 2003 when his car bomb failed to detonate at a Baghdad police station.

There was no word on the identity of the failed bomber, but his arrest could yield valuable intelligence on the shadowy network of Islamic extremists, many of them believed to be foreigners linked to al Qaeda.

Also Friday, the U.S. command said American and Iraqi forces raided suspected "terrorist safe houses" in the Ghazaliyah and the Abu Ghraib districts Thursday. The areas are two of the most dangerous in the capital. Eight suspects were detained, a U.S. statement said Friday, and soldiers found an Iraqi general's uniform.

The raids occurred as U.S. and Iraqi troops appeared to be accelerating the search for insurgents, including those linked to Jordanian Abu Musab al-Zarqawi, head of al Qaeda's branch in Iraq.

About 30 suspected members of the group, known as al Qaeda in Iraq, were arrested in the past week, the U.S. command said Thursday. They included Khamis Abdul-Fahdawi, known as Abu Seba, who was captured Saturday after operations in the Ramadi area and was accused in the kidnap-slaying of Egypt's top envoy and attacks against Bahraini and Pakistani diplomats.

A prominent Sunni Muslim cleric, meanwhile, condemned a suicide attack on Wednesday that killed more than two dozen people in Baghdad, including many children, but he blamed their deaths on the U.S.-led "occupation" that has "destroyed the country."

Sheik Ahmed Abdul Ghafour al-Samarrai, a moderate cleric in the influential Association of Muslim Scholars, described the attack as a crime against "newborn children and young boys ... who went to God complaining about people's injustice."

"What is the guilt of those children? Who permitted this act?" the white-turbaned al-Samarrai asked. "The occupation that destroyed the country and turned things upside down is responsible for that."