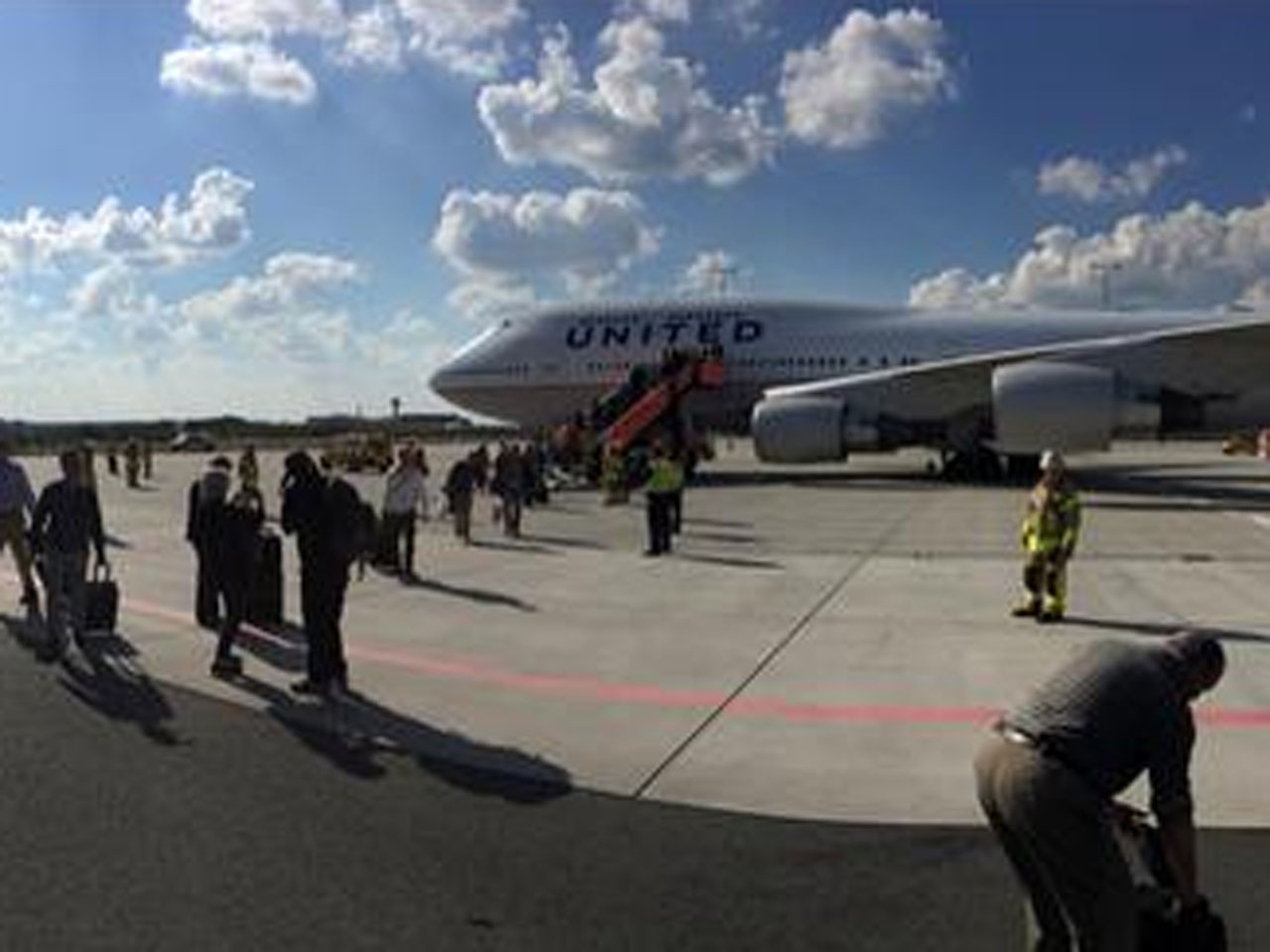 A United Airlines flight out of Frankfurt, Germany, was forced to return to the airport shortly after take-off Friday because of a bomb threat, a law enforcement source tells CBS News homeland security correspondent Jeff Pegues.

United Flight 902 returned to the airport safely at 3:39 p.m. local time. Some passengers took to social media as the incident unfolded.

A spokesman for the federal police said after the jet returned safely, all luggage and people on board were searched but nothing was found. Nobody was detained in the incident.

Federal police spokesman Christian Altenhofen told The Associated Press on Friday that because the threat specifically named Flight 902 and because of the date - the 14th anniversary of the Sept. 11 terror attacks - "it made us take the threat seriously."

Altenhofen says Friday's flight was canceled by the airline and has been rescheduled for Saturday.