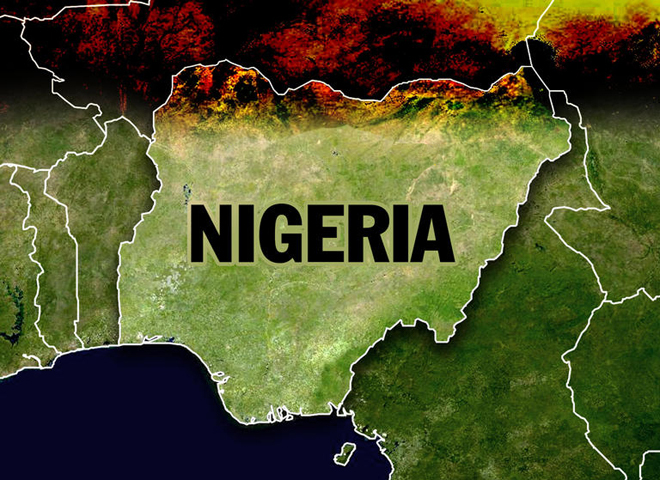 Sunday's attack hit Zaria, a city in the northern reaches of Kaduna state that is the nerve center of Shiite Muslims in a country where Muslims are predominantly Sunni. The blast struck the Gaskiya neighborhood in the city, causing some injuries, said Yushau Shuaib, a spokesman for Nigeria's National Emergency Management Agency.

Following the blast, soldiers and police flooded the area and opened fire on gunmen they suspected of planting the bomb, killing two people, Shuaib said. Local authorities took the injured to a nearby hospital. Police and military officials could not be immediately reached for comment.

The explosion could have potentially killed more people, but the gunmen ordered the children out of the school before triggering the bomb, according to some witnesses who spoke to officials. The blast destroyed several homes nearby as well.

The Nigerian military had surrounded the blast site hours before as part of an operation to track down members of the radical Islamist sect known as Boko Haram, a witness told The Associated Press. Soldiers forced those living around the area to flee during the operation, the witness said. The witness spoke on condition of anonymity out of fear of facing reprisals from the government for speaking to a foreign journalist.

It is not clear what led up to the bomb detonation as soldiers had been around the area for hours.

No group immediately claimed responsibility for the blast, though Boko Haram has carried out bombings and shootings throughout northern Nigeria. The sect, whose name means "Western education is sacrilege" in the Hausa language of Nigeria's north, has been blamed for killing more than 680 people this year alone, according to an AP count. The group wants the federal government to release its imprisoned members and implement strict Shariah law across Nigeria, which is largely divided into a Christian south and a Muslim north.

Military officials recently claimed to have killed members of Boko Haram's senior leadership, including the group's spokesman who uses the nom de guerre Abul Qaqa. The sect, which typically speaks to journalists through telephone conference calls at times of its choosing, could not be immediately reached for comment Sunday.

The group has recently changed some of its tactics and attacked more than 30 mobile phone towers throughout northern Nigeria, disrupting communications in a nation reliant on cellular phones.

Boko Haram has attacked mosques and killed Muslims in the past. The Zaria boarding school near Sunday's bombing is run by Awwal Adam Albani, who is a critic of Boko Haram and a follower of the ultraconservative sect of Islam known as Salafi.