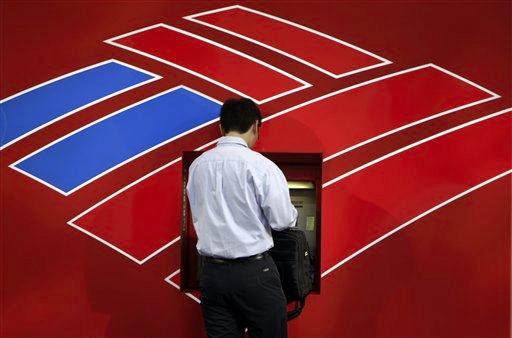 A Palestinian family voiced furor Thursday at militants who sent their 16-year-old son on a suicide bombing mission, saying the extremists had exploited a naive boy.

The family's anger reverberated through Palestinian society, where people expressed shame that children had become weapons in the violent Israeli-Palestinian conflict.

"We just want them to leave us alone," said Tamam Abdo, the teenager's mother.

Open criticism of militants is rare in Palestinian society, where consensus is valued and questioning the behavior of armed groups is seen as a betrayal. Some Palestinians are silent for fear of retribution.

While many in the West Bank and Gaza Strip still strongly support suicide bombings as a weapon against Israel, they have become critical of the militants' choice of attackers in several incidents this year.

In January, a 17-year-old boy died when his bomb belt exploded prematurely, a week after his 15-year-old brother and a cousin were killed in clashes. No group claimed responsibility.

A few days later, Hamas sent a 22-year-old mother of two young children to blow herself up at a crossing from Gaza into Israel, killing four Israelis.

Earlier this month, two 17-year-olds blew themselves up at the Israeli port of Ashdod, killing 10 Israelis. On March 16, Israeli troops stopped an 11-year-old boy allegedly trying to smuggle explosives through the same checkpoint where the teenager was caught Wednesday.

Israel said militants had given the 11-year-old the explosives without his knowledge. Palestinians denied he was carrying a bomb and claimed the incident was fabricated by Israel.

The most recent uproar grew from the capture of 16-year-old Hussam Abdo, detained wearing an 18-pound suicide vest at an Israeli army West Bank checkpoint.

Soldiers near Nablus dived behind concrete barricades and pointed their rifles at the teenager. In a scene captured on videotape, troops sent a robot carrying scissors to the youth, who then cut himself free of the bomb.

Israel said the teenager was sent to blow himself up among the soldiers, and the Al Aqsa Martyrs' Brigades had claimed it had dispatched the youth. But by Thursday the group, affiliated with Palestinian leader Yasser Arafat's Fatah movement, withdrew the claim when it became apparent Palestinians were deeply angered over the use of a 16-year-old to attack Israelis.

The group subsequently said Israel had staged the incident to discredit the militants.

The teenager's mother was in tears as she spoke of her anger.

"It is forbidden to send him to fight," Tamam Abdo said. "He is young, he is small, he should be in school. Someone pressured him."

The young Abdo, who had been suspended from school for a week for playing childish pranks, became a main topic of street conversation in the West Bank on Thursday.

"We have to carry out serious attacks," said Sadia Abdel Rahman, 42. "This is not a children's game. This is an embarrassment."

Palestinian militants have killed 942 Israelis in more than 3 1/2 years of violence. During the same period, 2,762 Palestinians have been killed.

There was speculation militant groups might be turning to children to fool the Israelis, who primarily watch for adult attackers. Children are easily recruited, because fighting Israel is almost a rite of passage here, analysts and residents said.

"This is a society where the only way to prove yourself is to fight against the Israeli occupation. There are no sports, no games. The only game now is the occupation and the fight," said Samar Awad, 38, a Nablus resident.

In an interview with the Israeli newspaper Yediot Ahronot, Abdo said his classmates had bullied him for years, teasing the youngster because he was small for his age. Abdo said he wanted to go to paradise.

"A river of honey, a river of wine and 72 virgins. Since I have been studying Quran I know about the sweet life that waits there," the boy was quoted as saying.

"But when the soldiers stopped me, I didn't press the switch. I changed my mind. I didn't want to die anymore," he said. "I'm sorry for what I did."