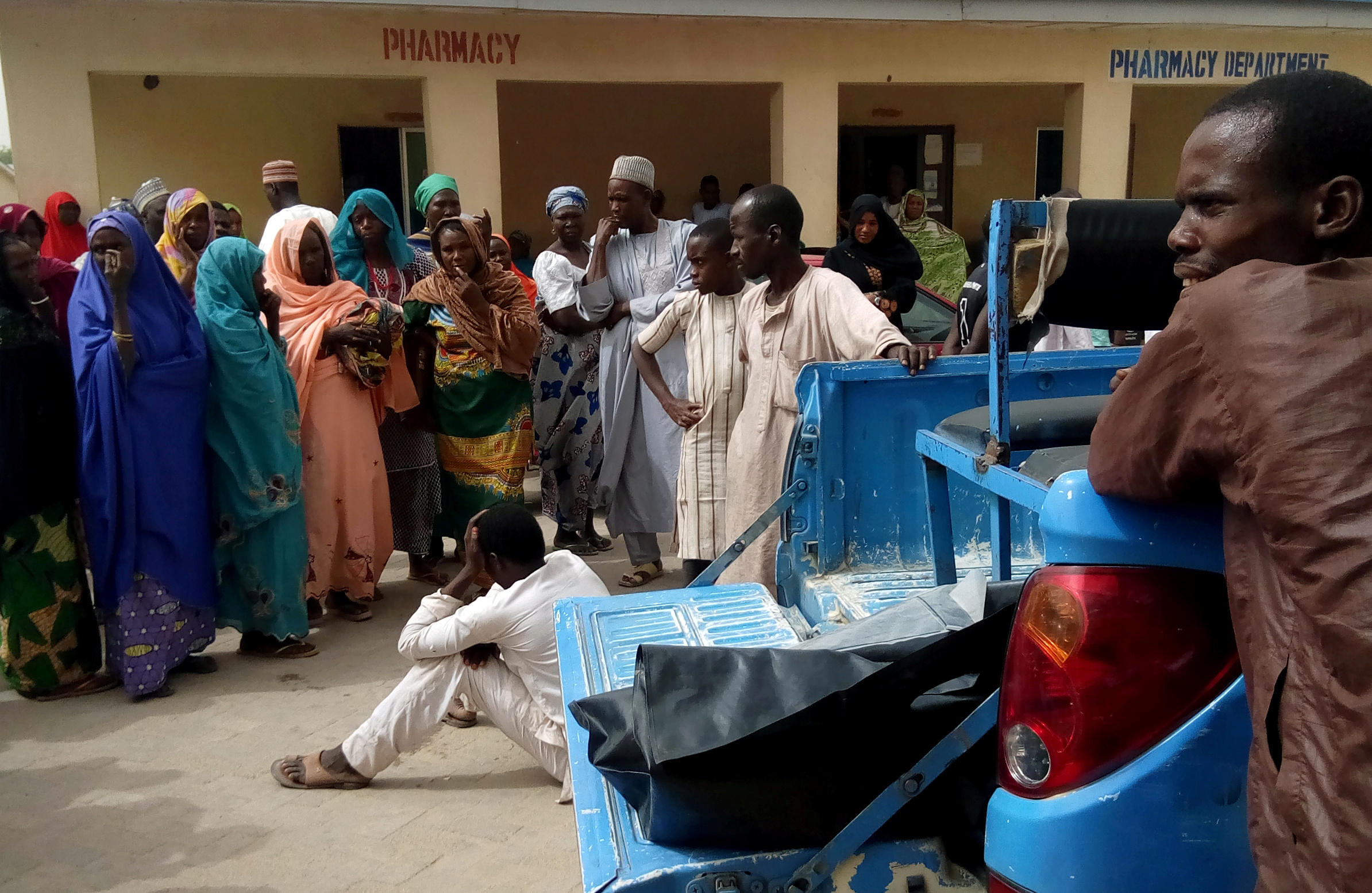 At least 83 people were injured and are receiving medical attention, he said.

Residents of Maiduguri retreated to their homes Sunday night during hours-long battle marked by thunderous explosions and gunfire heard until the early hours of Monday.

Troops prevented the insurgents from entering the center of Maiduguri, but they detonated their bombs in the outlying villages of Bille Shuwa and Alikaranti, with one soldier among the 15 casualties, said Nwachukwu.

"Troops are still on the trail of the insurgents," he said. "It is clear that the remnants of the Boko Haram terrorists are hell bent on remaining relevant by attacking soft and vulnerable targets and therefore we call for collective vigilance by all security stakeholders and members of the public."

Nwachukwu warned residents to remain watchful and report any suspicious people or activity to security officials. A 14-year-old Boko Haram insurgent surrendered to soldiers after escaping an extremist enclave on the Lake Chad islands, he said.

Reuters reports the incident marks the most significant attack on the city since its government announced it was in talks with militants to secure a ceasefire.

Survivors of the attack told The Associated Press that most of those killed by the suicide bombs were youths at a viewing center and were targeted when they fled after hearing gunfire between the soldiers and the Boko Haram fighters.

"The gunmen came with the suicide bombers, and as they were engaged by soldiers, some of them sneaked into the confused, fleeing crowd and detonated themselves killing about 15 people and over 80 others," said Momodu Bukar, a member of a civilian defense force.

Boko Haram, which was formed in Maiduguri, has killed more than 20,000 people in its nine-year insurgency to establish Shariah law in Nigeria.