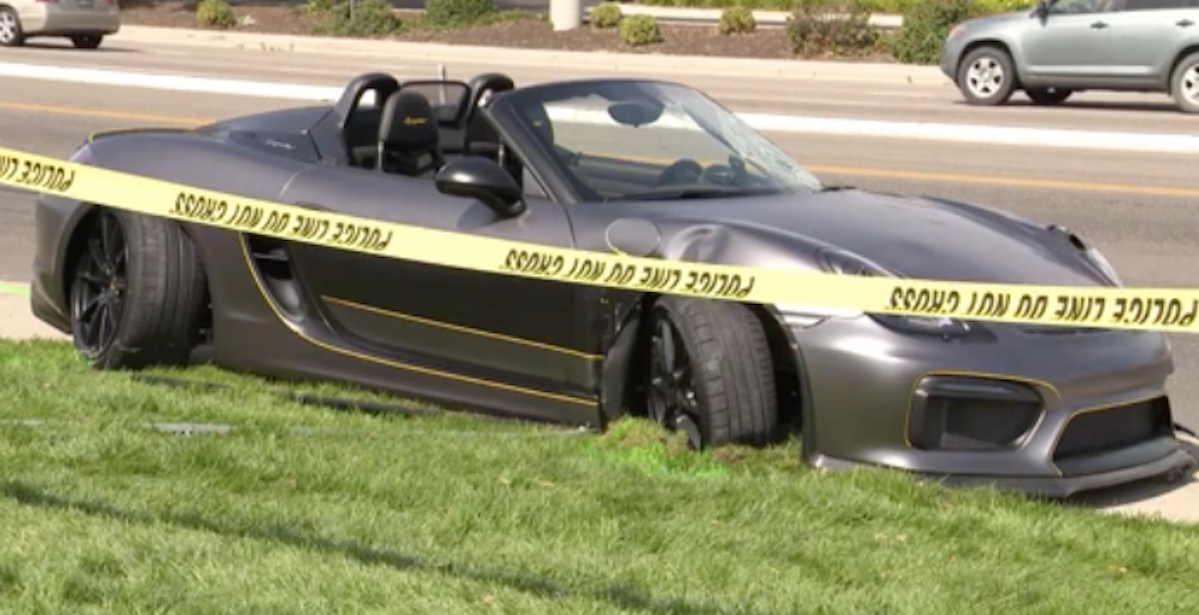 BOISE, Idaho -- At least 11 people were injured Saturday after a sports car struck a crowd of pedestrians near a car show in Boise, Idaho, CBS affiliate KBOI-TV reports.

Six of the injured were transported to the hospital via ambulance, while five went by private vehicles.

The incident took place after a Cars and Coffee event around 11 a.m. Saturday morning. Authorities with the city's police and fire departments responded to the scene along with Ada County Paramedics.

Graphic video of the incident shot by a witness shows a gray Porsche spinning sideways before its strikes the pedestrians. Amid screams from bystanders, people can be seen attending those injured as some followed the driver as he walked away from the scene.

Tom Weekes, a Boise resident, told the Associated Press he attended the event with his 12-year-old son. They were a few feet away when the car struck the crowd.

"My son and I were the last two people he missed," he said. "There was a group of kids to the right of us and he hit every one of them."

Justin King of Nashville, Tennessee, said he heard the crash and immediately rushed to the scene. "You could hear the screaming," he told the AP. "There were people's shoes that went flying. There was at least one youngster, less than 10, he was kind of unconscious."

King said 400 or 500 vehicles showed up for the car show and participants were peeling out for crowds who lined up outside the event to watch. "People like to show off when they leave these events," he said.

The Boise Police Department says preliminary information indicates the driver accelerated rapidly and lost control while leaving the event, crashing into several pedestrians on the sidewalk.

The driver is cooperating with the investigation and his Porsche was featured in the car show, according to police.

Police say an investigation into the crash is underway and will be forwarded to prosecutors for possible charges.