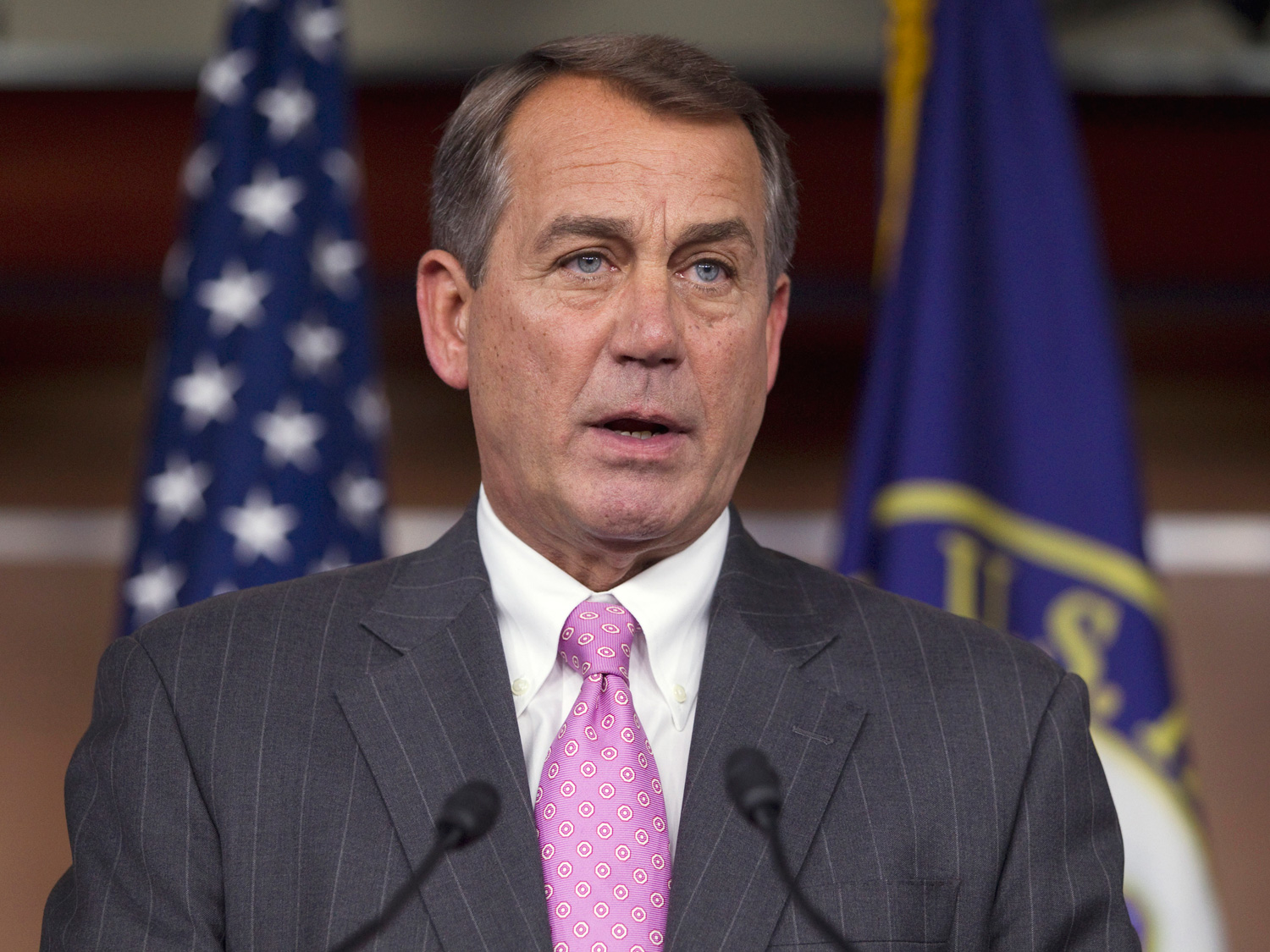 House Speaker John Boehner will draw the first tangible line in the sand related to debt limit negotiations tonight in a speech at the Economic Club of New York.

Boehner will announce that Republicans will only increase the debt limit, the amount the United States can borrow in order to ensure the U.S. government can pay its debts, if spending cuts are greater than the amount of the debt limit increase.

"Without significant spending cuts and reforms to reduce our debt, there will be no debt limit increase," Boehner will say, according to excerpts released in advance of the speech. "And the cuts should be greater than the accompanying increase in debt authority the president is given. We should be talking about cuts of trillions, not just billions."

Boehner will also reiterate the current House GOP mantra when it comes to spending negotiations, saying that "with the exception of tax hikes -- which will destroy jobs -- everything is on the table."

He will say that there won't be "economic growth if we raise taxes and fail to address the drivers of our debt. The mere threat of tax hikes causes uncertainty for job creators -- uncertainty that results in less risk-taking and fewer jobs. If we're serious about balancing the budget and getting our economy back to creating jobs, tax hikes should be off the table."

Boehner will also say that reforming Medicare, despite two House chairman ruling it out this year, is still on the table, saying that "with millions of Baby Boomers beginning to retire, the status quo is unsustainable."

Boehner's speech and visit to New York is a mission to reassure investors and markets that Congress will be able to reach a deal to raise the debt limit and preserve the good credit of the United States. While Treasury Secretary Timothy Geithner has told Congress that he can keep paying the bills until August 2nd, lawmakers would like to reach a deal earlier in order to limit uncertainty.

Meanwhile, however, House Republicans are still in a "wait and see" mode as to when they will actually bring up a bill to raise the debt limit and cut spending. While negotiations with the White House will continue tomorrow, and House Republicans continue to hold listening sessions to educate members on what the debt limit is and the possible ramifications of not raising it, lawmakers are up against a difficult schedule since the House is gone 2 out of the next 5 weeks and the Senate takes a completely different week off at Memorial Day.

In his speech tonight, Boehner will also swipe at Democrats for not expanding domestic drilling in order to prevent the recent spike gas prices.

"Washington has also kept most of our nation's vast energy resources under lock and key for decades, over the clear objections of the American people -- the people who own those resources. If we had listened to the people decades ago -- or even a few years ago -- many of these resources would be available to us right now to lower the price of energy."

Boehner also will say that expanding drilling would increase jobs, estimating "about a million private-sector jobs in America that we don't currently have."