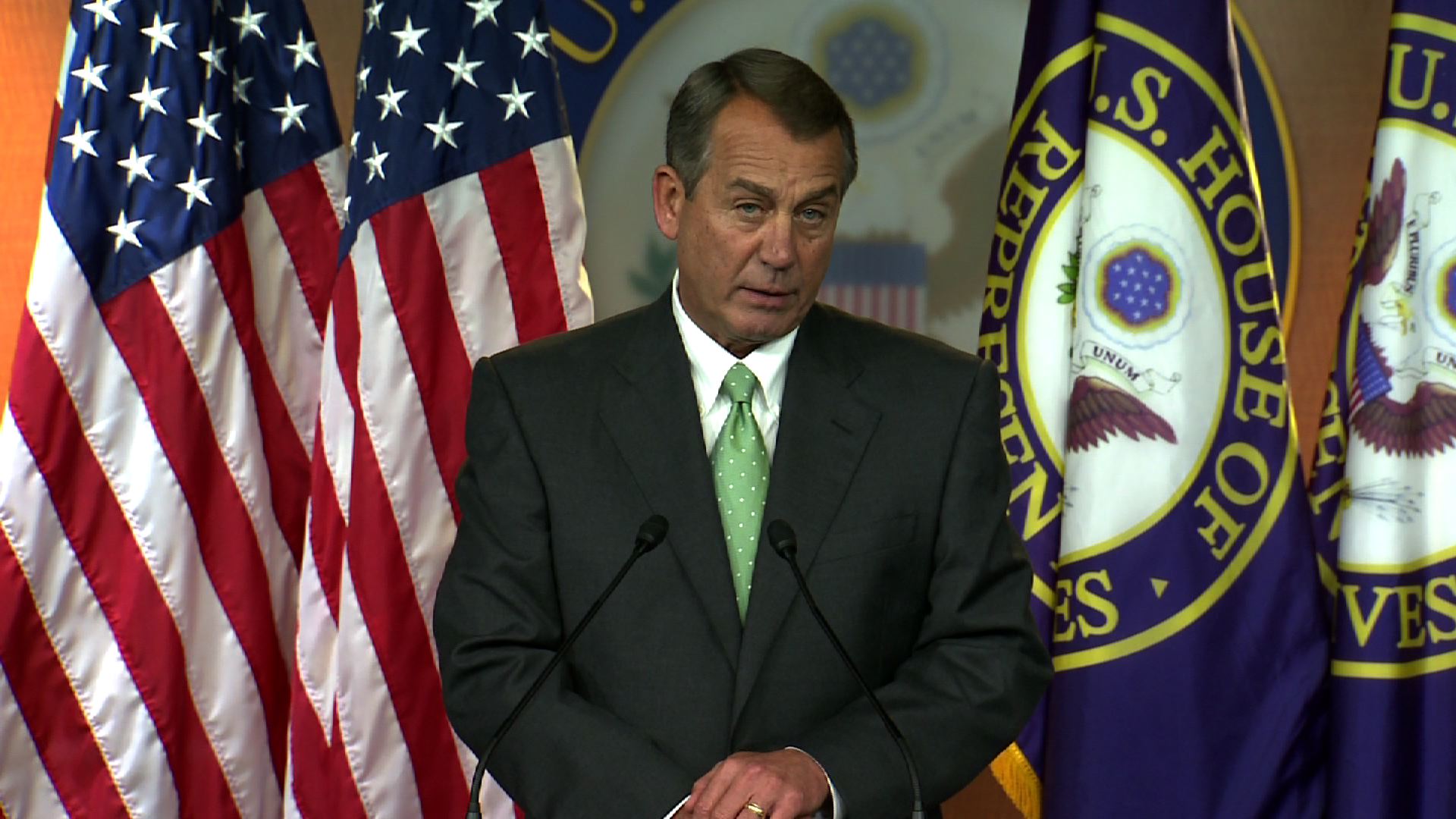 "There's no place in this debate for hateful or ignorant comments from elected officials," Boehner said. "We can disagree without being disagreeable."

Despite disapproval from lawmakers from both parties, King continued on Thursday to say that "many" young illegal immigrants "smuggle" drugs from Mexico to the U.S.

King first pushed back against those who support a pathway to citizenship in an interview with Newsmax on July 18.

"For everyone who's a valedictorian, there's another 100 out there that weigh 130 pounds and they've got calves the size of cantaloupes because they're hauling 75 pounds of marijuana across the desert," King told Newsmax. "Those people would be legalized with the same act."

Boehner first denounced these remarks in a written statement released Wednesday - a message he continued at his weekly press conference.

"What [King] said does not reflect the values of the American people or the Republican Party," Boehner said. "We all need to do our work in a constructive, open and respectful way."