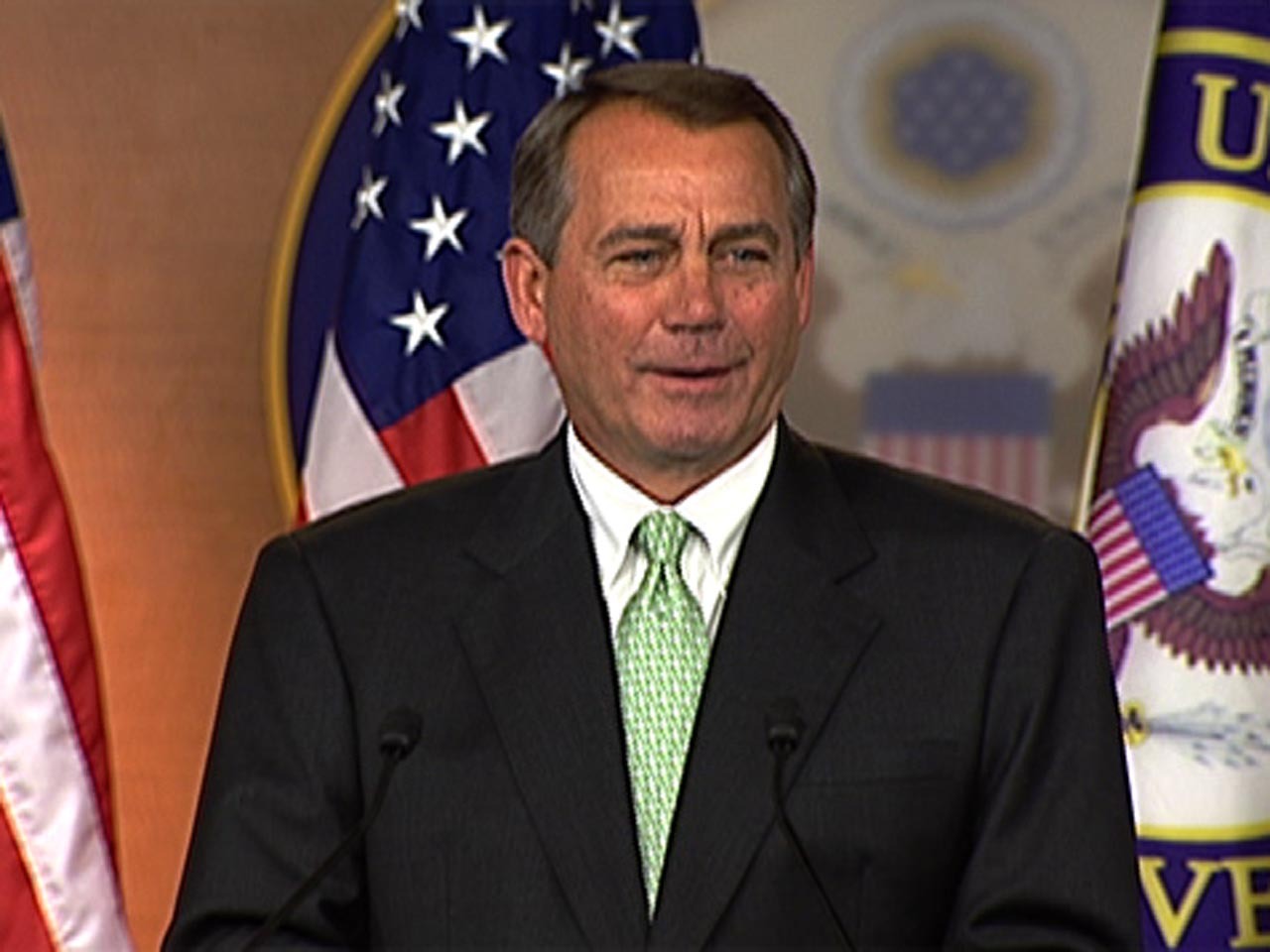 House Speaker John Boehner addressed one of the biggest sticking points for the 12 member Congressional "supercommittee" today, acknowledging that any bipartisan agreement will need to include some new tax revenue.

"I think there is room for revenues, but I think there clearly is a limit to the amount of revenues that are available," Boehner told reporters.

The comment was significant because Boehner and other Republican leaders have repeatedly insisted that tax increases are off the table, and most Republicans in the House and Senate have signed a "taxpayer protection pledge" vowing not to raise taxes.

That pledge was devised by Americans for Tax Reform, an advocacy group run by Grover Norquist, whom Boehner dismissed as "some random person in America" when he was asked about Norquist today. Later in the day, Boehner revised his comments.

"What I was attempting to do," he said, grinning, "was to suggest that Mr. Norquist, like millions of Americans, believes that raising taxes is not good for our economy."

Boehner insisted that Republicans would only compromise on tax revenue if Democrats were willing to take significant and painful steps to shore up Medicare, Medicaid and Social Security. "Without real reform on the entitlement side, I don't know how you put any revenue on the table."

He said any new tax revenue would not come from raising rates but from overhauling the tax code, sweeping out loopholes and deductions in order to reduce individual and corporate rates.

"I do think that our efforts to have a flatter, fairer tax system, with our targets being 25 percent top rates for corporations, 25 percent top rates for individuals, is achievable. That means you clean out all the garbage. I think it's very important that it get done," Boehner said -- either by the supercommittee or by the relevant Congressional committees over the next year.

After meeting almost every day for weeks, the supercommittee has appeared stalled in recent days, as members huddle with their respective party leaders to determine their next move. "Expectations for the success of the Supercommittee are low," said a pessimistic House Minority Whip Steny Hoyer (D-MD) earlier this week.

But today, Boehner expressed confidence the group would meet its goal of $1.2 trillion in debt reduction.

So what's holding up the talks? "It's the same conversation that's been going on all year," Boehner said. "They want more revenue than what we're willing to give, and they're not willing to do as much entitlement reform as we'd like to do." He indicated that he has been heavily involved in the minutiae of debt negotiations. "There's all kinds of discussions and permutations and models. I've seen more models than I can count about how you can do this. A lot of possibilities."

He was unwilling to list specific entitlement reforms under consideration, such as raising the retirement age, except to express support for switching to a new measurement of cost-of-living increases, often referred to as the chained CPI. "There's been some discussion about moving to one inflator that certainly has some merit that people have talked about," he said.

Boehner's comments about Norquist indicate that the anti-tax crusader -- and his pledge -- may be a thorn in Boehner's side as he attempts to negotiate this debt deal with Democrats. "My biggest regret I've had this year is that the President and I weren't able to come to an agreement on solving our...deficit and debt problems," Boehner said.

Norquist told CBS News he was confident Republicans would stick to their guns and reject any deal involving tax revenue increases.

"I understand that the (Democrats) are desperately trying to grasp at every straw that Republicans will raise taxes," Norquist said. "The Republicans are not going to raise taxes."