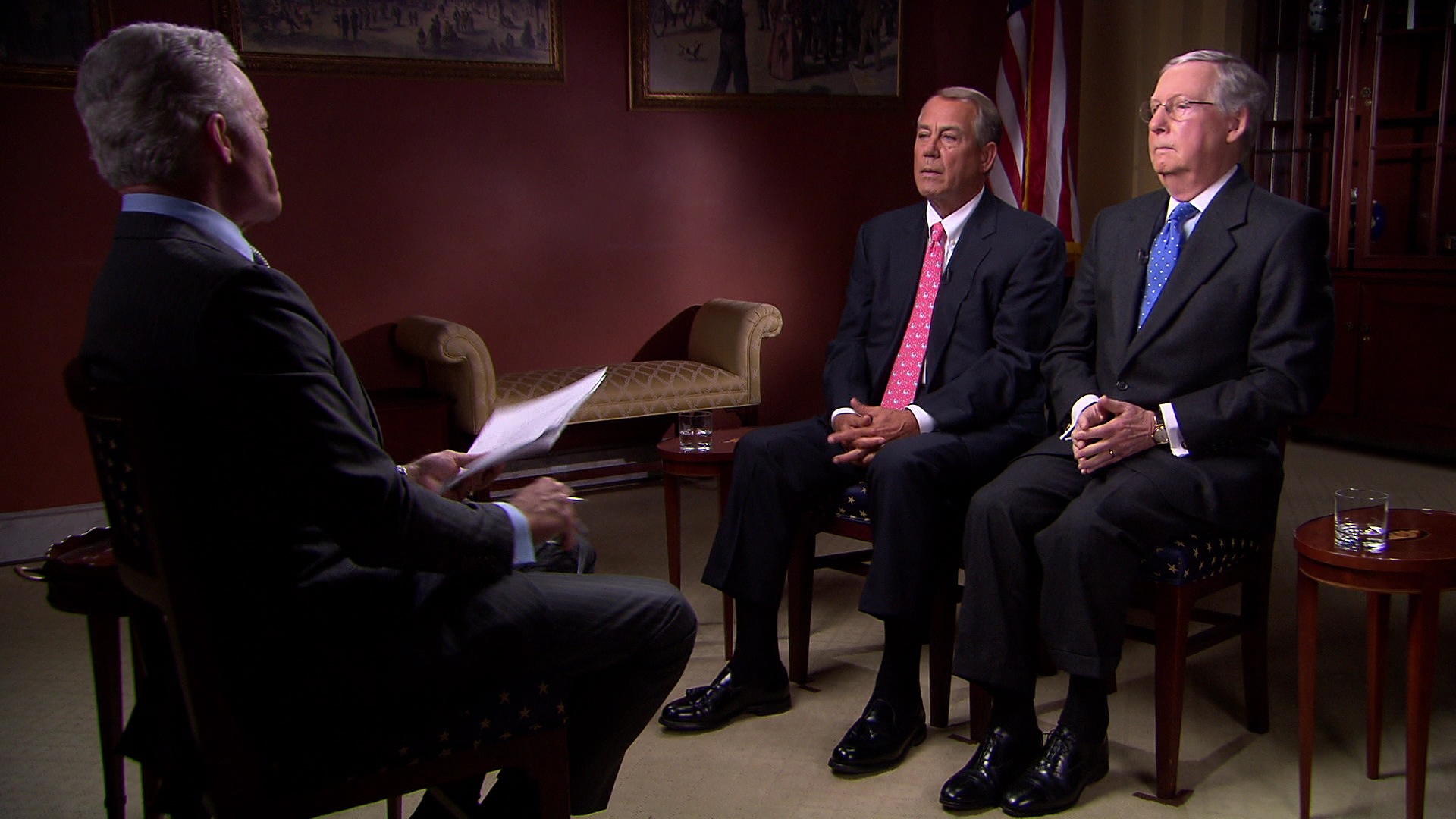 The leaders of the new Republican majority Congress tell Scott Pelley they will consider President Obama's proposal to triple the child care tax credit, but will not vote to raise the minimum wage, offer students free community college, or raise taxes on the wealthy. House Speaker John Boehner, R-Ohio, and Senate Majority Leader Mitch McConnell, R-Ky, spoke to Pelley Thursday in a joint interview to be broadcast on 60 Minutes Sunday, Jan. 25 at 7 p.m. ET/PT. An excerpt appeared on the CBS Evening News.

A transcript of that excerpt is below:

PELLEY: From the president's State of the Union, let me ask you - dead or alive - raise taxes on the wealthy?

PELLEY: I'll take that as a dead.

MCCONNELL: We added more debt during the Obama years than all the presidents from George Washington down to George Bush. The last thing we need to do to these young people is add more debt and giving away free tuition strikes me as something we can't afford.

PELLEY: I'll put that down as dead as well. Increasing the federal minimum wage?

BOEHNER: It's a bad idea. I've had every kind of rotten job you can imagine growing up and getting myself through school, and I wouldn't have had a chance at half those jobs if the federal government had kept imposing higher minimum wage. Low income jobs help people get skills and they can climb the economic ladder.

BOEHNER: We're all for helping working class families around America. I think we'll take a look at this when he sends his budget up--something that could be looked at in the overall context of simplifying our tax code and bringing rates down for everyone.

PELLEY: Possible area of compromise here between the Democrats and the Republicans on the child care tax credit?

BOEHNER: Certainly something we'd look at.

MCCONNELL: I would just add trade. Virtually every Republican in the audience the other night stood up and applauded when the president talked about trade. So, John is absolutely right. There are areas of agreement that we can make some progress on, and we intend to do that. The fact that we differ on some things doesn't mean we can't go forward on other things.

Is SpaceX being a bad neighbor in Texas?