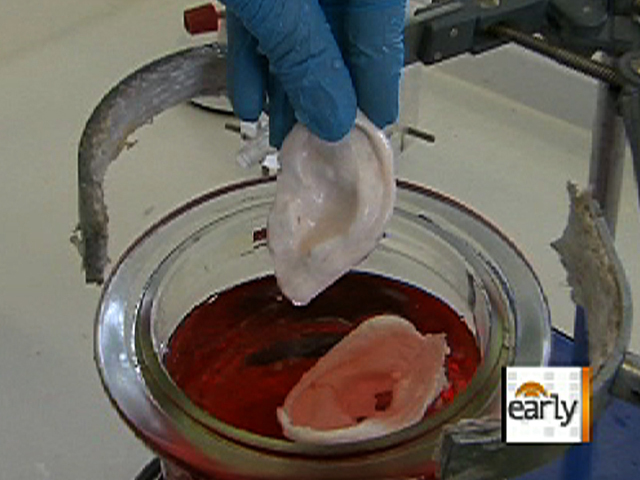 Synthetic body parts sound like something out of a science fiction novel, but body parts that can be used in humans are actually being made and used. A medical professor in England has developed a new nano-plastic that has enabled a world first in organ transplantation and opened the door to "off-the-shelf" body parts.

CBS News correspondent Mark Phillips remarked that professor Alex Seifalian's work might well be the start of a whole new medical industry. While the technique is not yet approved in the United States, Seifalian's London lab is already getting body part orders from other countries around the world.

Phillips, who recently visited Seifalian's lab, reported that you might think you'd stumbled onto a film set for a re-make of "Frankenstein" in which the synthetic parts are manufactured. Bubbling vats there contain noses, ears -- even a windpipe and trachea.

But how are the parts actually made?

Seifalian explained the breakthrough technique for manufacturing replacement organs happens with the help of a a special plastic that, Phillips noted, has the potential to change the transplant landscape.

On his visit to the lab, Phillips asked, "So an actual living windpipe grows in a jar?"

There has only been one actual transplant so far of what's called a "wholly tissue-engineered synthetic windpipe." It was successfully completed in a Stockholm, Sweden, hospital in June.

The recipient, Andemariam Teklesenbet Beyene, from Eritrea, who had previously been diagnosed with inoperable throat cancer, is now recovering well.

The technique involves making a glass mock-up of the diseased body part and then coating it in a new type of polymer -- a rubbery type substance developed in a lab. Seifalain explained it's a special type of plastic with microscopic pores, onto which stem cells taken from the patient can attach and grow.

Chemicals in a "red liquid growth medium" determine that the stem cells grow into the required type of tissue.

Phillips said, "So basically, you're providing a scaffold -- a kind of foundation or form around which the patient's own cells then regrow the diseased body part."

Seifalian said, "The cell remodels itself and becomes the patient's own."

And because the cells are the patient's own, they are not rejected by the body's immune system -- the usual problem with transplants.

And the trachea, Seifalian says, may be just the beginning.

The lab is already growing blood vessels to be used in heart bypass surgery.

But Seifalian shies away from descriptions that liken his work to the construction of the fictional character in Mary Shelley's book "Frankenstein." 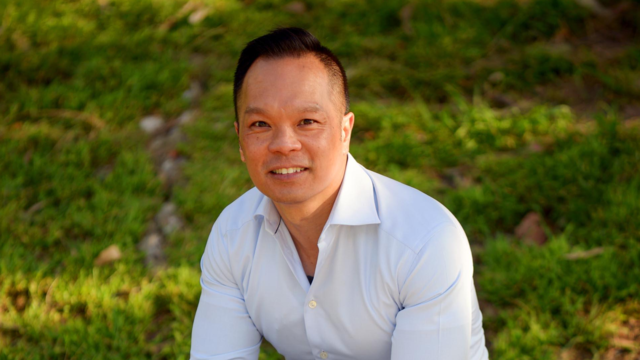