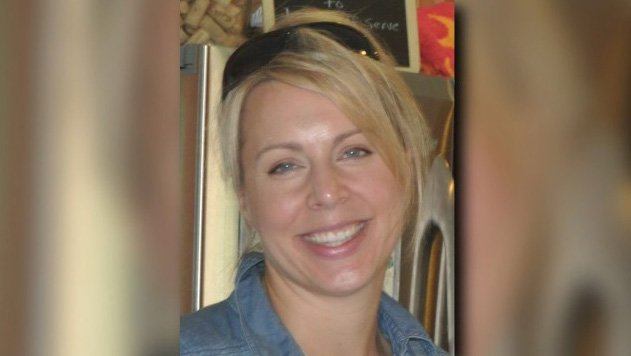 SHERIDAN, Ore. -- The body of an Oregon woman who had been missing for nearly two weeks was found Tuesday near a remote road, and police said there was no indication of foul play.

Jennifer Huston's SUV was spotted on a country road near Sheridan, about 25 miles southwest of the her home in Dundee, said Capt. Jeff Kosmicki of the Newberg-Dundee police. Her body was discovered a short distance away.

Huston, 38, a married mother of two, disappeared on July 24 after going out to do some errands. She was last seen that day withdrawing a small amount of money from an ATM, fueling her SUV and buying Gatorade, trail mix and what police described as a nonlethal amount of sleeping pills.

Police said there was no evidence of foul play and no sign that the vehicle had crashed.

"We're still open-minded, but I think we've got a pretty good idea of what happened," he told reporters Tuesday afternoon. He did not elaborate.

Huston's husband, Kallen Huston, had said she was acting erratically the night before she disappeared.

In a news conference last week, he urged her, "If you can come home, do."

The family posted a message Tuesday on the Find Jennifer Huston Facebook page.

"Thank you to everyone who has helped us search for Jennifer. We are grieving at this time and ask that we be given privacy," it said.

Huston's SUV was found by Vern Clemmer, 74. He told CBS affiliate KOIN he went out to chop wood on his 30-acre property and saw the vehicle. He wrote down the license plate number because he thought there was something suspicious about the vehicle.

His wife, Charlotte Clemmer, said her husband said he smelled what he thought was a dead deer. He then called the police, who confirmed that the license plate number matched the missing woman's vehicle. Authorities arrived to search the area and found Huston's body.

"I was going to look for a dead deer on the way back and now I'm glad I didn't," Vern Clemmer told KOIN.

Charlotte Clemmer said her neighbors heard gunshots nearby one week ago.

The SUV was parked in an area that would have required the driver to unlatch a roped gate, pass a "No Trespassing" sign and then re-attach the rope, KOIN said.

Kosmicki said the area was the SUV was found was very remote.

"It's not a road somebody would drive," he said.

During the massive search for Huston, authorities checked rivers and back roads. Kosmicki said it was likely search crews flew over the area Huston's vehicle was parked.