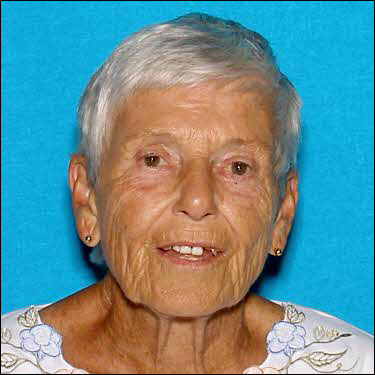 (CBS/KPIC) RIDDLE, Ore. - The Douglas County Sheriff's Office says they found the body of Carolyne McCue, an 82-year-old woman from Riddle, Ore., after authorizes conducted a follow-up search of the well on her property, CBS affiliate KPIC reports.

According to the station, McCue's niece, Denise Whitener, informed police that a woman who worked on the property told her that McCue had given her a ride home last Tuesday. The woman said McCue mentioned forgetting to turn off the pump of the well, prompting authorities to lower a camera into the well.

The Douglas County Sheriff's Office confirmed that McCue's body had been located in the well at around 3:30 p.m. on Monday.

McCue had just gotten an offer on her property and was in the process of moving to Hawaii to be near her 86-year-old sister, Whitener told KPIC. She described her aunt as a very loving and caring person.

"She's just a very kind person who helped everyone that ever needed it," Whitener said. "Even to take a drive to the store to buy groceries, she would be there for that person, and she didn't even have money, but she would donate her last $20 to a cause if it was going to help someone."

Authorities say that McCue may have fallen through the plywood covering the well, KPIC reports. Officials are now working on recovering her body.